Wortley Girls are on the ball – and need YOU!

I am the manager of Wortley FC girls U13s and coach of the girls U15s, writes Becky Doggett.

Due to their hard work and team ethic they did brilliantly, reaching the cup semi-final and getting through to the regional finals of an FA-run Futsal tournament (just one goal away from reaching the national stage!).

Following the success of the team we’ve been on a recruitment drive to set up an U13s team. To date we have five players and will be playing nine-a-side when the season starts. If you’re interested in joining us, see the poster below. Training is held at Farnley Academy. 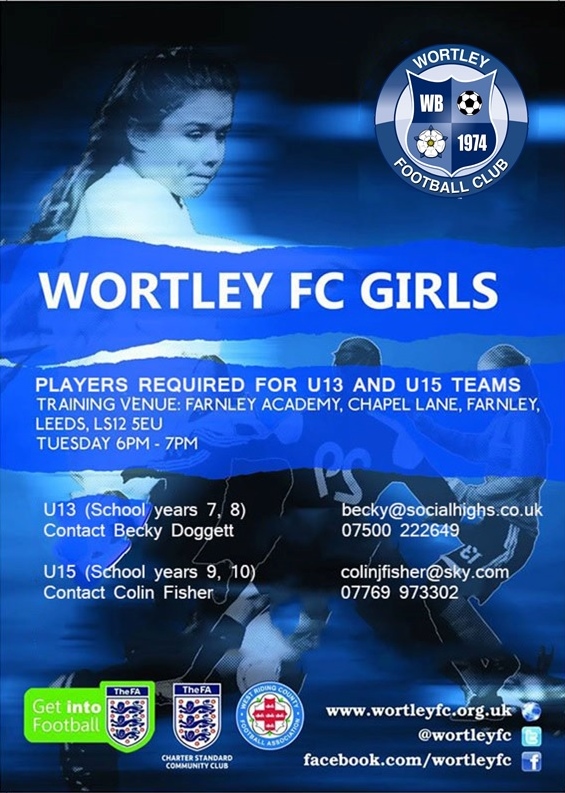 As part of our recruitment drive, and to raise some much needed funds for the teams, a number of the girls – along with myself and Colin, who manages the U15s – spent the day bag packing at Asda in Wortley.

The girls did brilliantly, raising £248.11 which will go towards the running of the teams next season and buying a few essentials for the new U13s team – providing we get enough players! Give us a call!