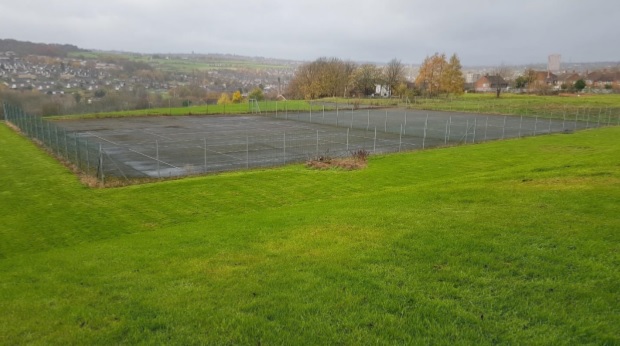 A West Leeds football club is celebrating after plans for new football pitches on the former Wortley High School playing fields were approved by the council.

A council report approving the proposals says 143 letters of support have been received, including four letters from Councillors David and Ann Blackburn, Matt Gibson, Alison Lowe and MP Rachel Reeves.

As reported by the Dispatch earlier this month, Leeds United star Kalvin Phillips – who used to play for the club as a child – also gave his backing to the proposals.

In a letter supporting the planning application, the 23-year-old Leeds midfielder thanked the club for its support as a young player and said it was ‘good to hear’ about the plans. He played for Wortley Boys between 2003 and 2010 and added:

“There are many benefits to [the] proposals, like the opportunities it will give local children, and adults who may wish to become coaches. Knowing the site as I do, I know it would benefit from a facelift. To this end I fully support this project and hope to come along when it is finished for a tour around.”

“There is currently a shortage in Leeds of good-quality grass pitches available for junior football. If Wortley FC is able to fund their proposed redevelopment of grass pitches at Blue Hill Lane a greater number of children will have the opportunity to take part in activities.”

A report submitted with the application says club is seeking to complete negotiations with Leeds City Council for a long-term lease on the site. In the meantime, the club has raised more than £50,000 to start building its own changing rooms on the lower plateau at Blue Hill Lane.

The Wortley FC pitch improvement proposals will be the subject of an invited application to the Football Foundation.

The site of the derelict former Wortley High School building is the subject of a separate planning application for 59 houses. The Dispatch reported last month how a council decision on the plans was postponed at the 11th hour after developers Keepmoat raised concerns about escalating costs.

Wortley FC have been contacted by The Dispatch for comment.

The Dispatch has also been reporting on the campaign to save ‘Wortley’s Wembley’ – the former TV Harrison sports ground, off Oldfield Lane, which is the proposed site of around 50 new local authority houses. The campaign recently received the backing of former Leeds United stars Noel Whelan and Brian Deane.