Why you just have to Love the new Armley mosaic! 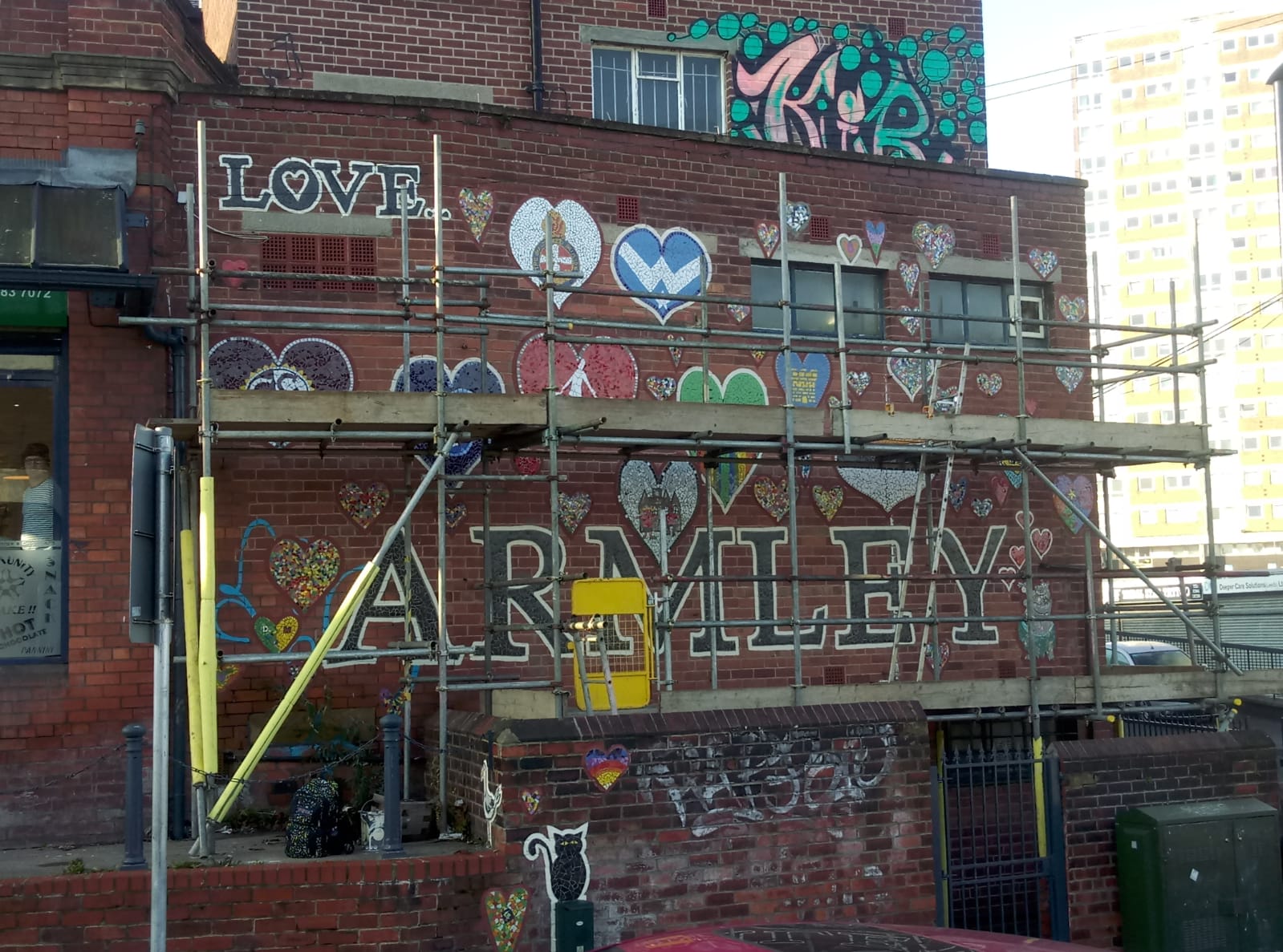 A new mosaic called ‘Love’ which aims to promote community cohesion in Armley will be officially unveiled on Thursday.

Love is a piece of public art based on Town Street created by local residents, supported by Kirkstall Road-based social enterprise Seagulls.

Local councillors will be joining Seagulls staff and volunteers, St George’s Crypt and local residents who took part in the making of the mosaic. The project was funded by Leeds Community Foundation with a contribution from local councillors.

Cat Hyde from Seagulls said the idea was to bring colour and creativity to the area. She added:

“As a resident of Armley it was my hope that the mosaic would promote community cohesion and spark a creative movement in the area, early indications point to this being the case and we are very proud of the mosaic.”

Cat hopes to promote community cohesion in an area that has been suffering from anti-social behaviour and negative press.

St George’s Crypt also supported the project and have allowed the mosaic to be installed on their wall.

The mosaic was designed and made by over 500 Armley residents, with Seagulls delivering workshops in community organisations, schools and summer fayres.