“There’s no need to panic.” That was the message given to over residents attending a public meeting to discuss the future of Bramley Community Centre today.

They were told that despite headlines in the press about an ‘SOS’ meeting, the centre, which dates back to 1958, faces no immediate threat to its future – but were also told that the centre was closing money and needed more income to make it viable in the long term. 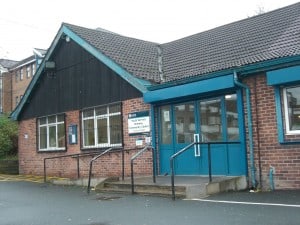 “This is not an ’emergency’ or ‘SOS’ meeting as portrayed in the paper. This centre isn’t in danger of imminent closure. The city council conducted a review of its assets and Bramley was put on the list because it is costing more to run than it genereates in terms of income.

“It will remain open until we have found alternative accommodation elsewhere but our hope is that this centre becomes sustainable. All three Bramley councillors have said they don’t want the centre to close.”

As reported by The Dispatch, the long-term future of the centre is linked to plans to create a ‘community hub’ housing a variety of council services in Bramley. The hub would be similar to the one stop centre in Armley.

Cllr Gruen said plans were at an early stage and no timescale set, but an initial idea to have a hub with community facilities at Bramley District Centre had already been dismissed due to costs and the unsuitability of the building.

The existing Bramley Community Centre, which requires a number of repairs to the building, and Bramley housing office were among the other options for the hub.

It’s understood Bramley Elderly Action would be interested in taking over the running of the community centre, but are tied into a lease on their existing base for the next two years. Discussions will be undertaken by the BEA board about any future moves.

Issues raised from the floor from groups who used the centre included a general feeling that the council needed to introduce as not all groups could afford to pay the full costs of hiring the hall. They called for more flexible rates, which was supported by local councillors.

Cllr Gruen added the key to the future of the centre was to secure more paying users – as well as a full time sitting tenant to use the office space and help run the centre. “If this happens there’s no reason why we can’t have a community hub at the housing office and keep this as a community centre, ” she said.

“It’d be a travesty is we lost this building. The value of this centre isn’t necessarily numerical, it’s social.”

The centre is used by BEA and five other local groups, including Bramley History Group.

Lee Ingham, general manager of BEA, said: “I know the building means a lot to you all, which is why we are all here today. We’re all on the same page with this and I hope we can move forward on this issue.”

The original centre on the site was destoryed by arsonists and rebuilt in 1958. Local residents apparently raised over £4,500 – about £110,000 in today’s money – in a matter of weeks via street collections.