There’s a variety of events going on in West Leeds over the weekend for Hallowe’en for kids and big kids! writes Jill Buckley.

Down at the Abbey Inn on Pollard Lane there’s a children’s party with fancy dress on Saturday afternoon between 2pm and 4pm. Then in the evening it’s the adults’ turn to dress up! There’s also a pumpkin carving competition, with entries to be submitted by Sunday 30th.

At the Old Unicorn there’s a Hallowe.en fun day on Saturday. From 3pm there’ll be apple bobbing and a best pumpkin competition so take along your carved pumpkins for judging. There’ll also be a fancy dress competition.

Earlier that day, between 10am and 2pm, Dads Connect are holding a free Dads and kids activity session at St Barts Community Kitchen on Strawberry Lane in Armley. There’ll be pizza and smoothie making, face painting and crafts, and lunch is provided. To book a place contact Barca on 0113 2795870.

In Farsley at Farsley Working Mens Club there’s a kids disco at 6pm until 8pm on Saturday followed by a Hallowe’en ball for the grown-ups with party games and prizes for the best dressed in the evening. The Village Bar is holding a Hallowe’en party that night too, fancy dress optional.

The Fleece in Pudsey, recently voted Community pub of the year by the Leeds branch of CAMRA, invites you to a Hallowe’en party on the Saturday evening with optional fancy dress, and at the Bankhouse, under new ownership as of recently, there’s a £100 prize for the best fancy dress.

Elsewhere in Pudsey at Troydale Recreational Club you are welcomed to a Halloween disco on Friday 28th from 6.30pm, with prizes for the best costume for both adults and children.

There’s plenty going on at Bramley Villagers club over the weekend. On Friday 28th it’s “Fright Night”; a full programme of boxing including Jason Potter fighting for the Yorkshire Area Heavyweight title. Tickets are £20 for adults and £10 for under 16’s. There are more details of how to buy tickets and other upcoming events on the Villagers website. Between 4.30pm and 8.30pm on Saturday children are welcome at their Hallowe’en fancy dress party, £1 per child, with a disco, sweets, games and prizes for the best fancy dress.

If you fancy something a bit more physical Kirkstall Harriers are hosting a Hallowe’en takeover of Bramley parkrun at 9am on Saturday the 29th; fancy dress is actively encouraged as is eating cake afterwards. On the Sunday it’s the turn of the younger ones for Junior parkrun. Again fancy dress is encouraged!

Or if you fancy something a bit different to the “traditional” Halloween events why not get yourself to “Light Party – A positive alternative to Halloween” at Christ Church, Upper Armley on Friday 28th October between 4:30 and 6:30. All ages are welcome, though children must be accompanied by an adult, and fancy dress is encouraged! 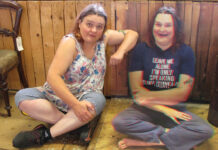