Towns and villages in West Leeds are looking ‘Blooming’ great – and that’s official!

Representatives from Calverley, Kirkstall and Pudsey all attended the annual Yorkshire in Bloom awards at an awards ceremony at York Racecourse this week. And there was recognition for a number of floral schemes in the area.

Judges praised the community participation in the scheme as well as local heritage being maintained to a high standard. They said:

“There were many very excellent features in the village that were all well maintained and provided colour and interest. The hanging baskets, planters and barrier planters were all of a high standard, colourful and well maintained.

“The new war memorial park area is lovely and is most appropriate for this time in our history.

“The park was looking beautiful with very good planting and everything was well maintained. The edible garden and the “90” were noteworthy, as was the WI garden.”

Judges said the small group of volunteers in Pudsey had made a major impact in the town centre and the community should be proud of their efforts.

As well as praising the wildflower areas in Pudsey Park, they added:

“Work the group has carried out can be clearly seen particularly around the bus station and leisure centre.

“The library garden is also a nice sitting area which once had nothing to attract people to their efforts are now being backed up by businesses putting out their own displays and helping to maintain troughs planted by the group.

“Expanding the route is helping a lot as the group find new floral areas to incorporate as well as maintaining prominent areas such as the entrance to Pudsey Lowtown and the planting around the old tripe baths.”

Judges said it was also good to see the group engaging with young people through local schools.

Judges said Pudsey Park had much improved from spring when it had been severely hit by winter flooding and maintenance works. They praised floral displays by the bandstand, the edible planting bed at top of park and new wildflower planting. 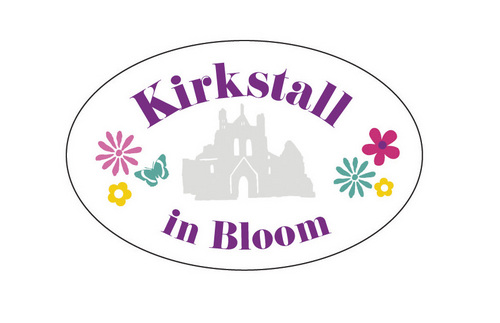 Judges had rich praise for volunteers at the Kirkstall in Bloom group. They said:

“This is a relatively new In Bloom group, having been formed in 2012, and it is a delight to see the young age profile of the group who are all intent upon making Kirkstall an improved environment.

“The group are liaising well with other organisations in the area and the planting and mosaic in the Drink and be Grateful Fountain Garden is to be commended, as is the work to clear and tidy the Kirkstall Abbey Park
nature trail.”

Judges “hope the enthusiasm and aims of the group continue and that they are able to recruit more volunteers from the University with their presence at the Kirkstall Festival”.

Judges said children should be proud of their efforts and have excellent facilities to grow plants and learn about their natural habitat. Judges said:

“Despite financial cut backs the judges were treated to an excellent visit, from prairie garden to reduce costs to fruit and veg growing.

“… Children had an excellent knowledge of plants and different animal
species and needed no prompting from the judges. Their enthusiasm was infectious. All classes get involved and previous awards can be clearly seen.”

Leeds as a city won Gold in the city category,

Full results can be found here.