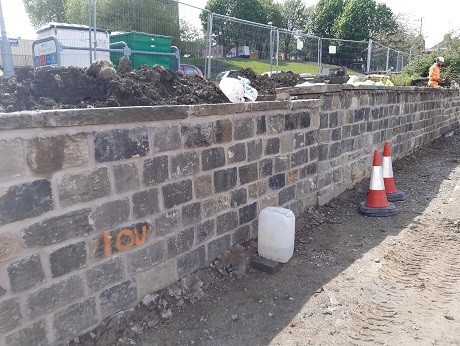 Highways chiefs have released a video highlighting the latest work on a £19.66m  scheme aimed at improving bus times on the A647 between Leeds and Bradford.

Work to reinforce the concrete retaining wall on Armley Road have been completed after three months of construction.

During the build, BAM Nuttall excavated approximately 3,500 tonnes of material which uncovered various historic dwellings such as cellars from terraced properties that used to stand on the site as well as evidence of old cobbled streets.

The team used 420m of concrete over 80 loads and 30 tonnes of steel to reinforce the retaining wall.

Work has now started to install the stone walling, backfilling the area behind the wall and the installation of drainage on the site.