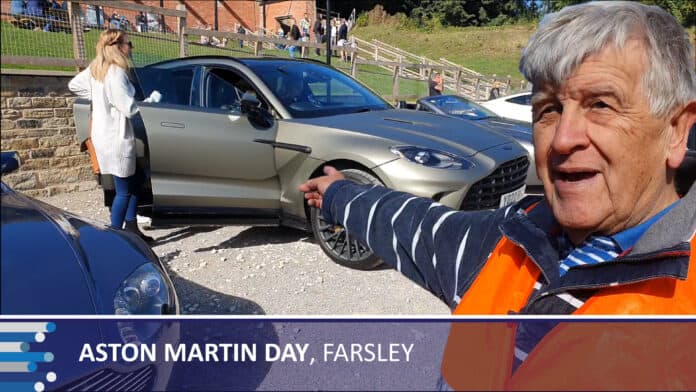 A collection of classic Aston Martin luxury cars were paraded through Farsley to mark the car firm’s historic links with the village.

Members of the Yorkshire branch of the Aston Martin Owners’ Club brought cars from the 1920s to the present day.

They met up at Farsley Celtic’s ground to take part in the event, finishing at Sunny Bank Mills, off Town Street.

Farsley’s connections with Aston Martin date back many years.

Although the main manufacturing plant of James Bond 007’s car of choice was in Huddersfield, they also had a factory at Newlands Works in Farsley. By 1950 Newlands was the main producer for tractor engines and the power unit for the new Aston DB2.

Although some of the business had started to move by the mid 50s, rolling chassis were still produced at Newlands and test driven in Farsley.

Provided the cars could reach 90 mph in third up the hill towards Rodley they were signed off. The company left the site in 1957 after deciding not to renew their lease.

A 5.5 tonne memorial was unveiled at Newlands in 2015 to mark the Aston Martin link with the village.

The memorial plaque was unveiled by five former apprentices from The David Brown Aston Martin site in Newlands who helped build the DB2/4. The cars featured in James Bond film Goldfinger.