Bramley Baths ‘in good health’ as chief exec moves on

Community-run Bramley Baths is in good health and well-placed to tackle future challenges, according to its outgoing Chief Executive Officer.

Tracy Basu joined the Broad Lane baths when it was a fledgling social enterprise in December 2014, almost two years after the facility had moved from local authority control and into community ownership.

This week she is leaving Bramley Baths to take up a new position as company manager at Common Wealth Theatre in Bradford, as well as freelancing with the innovative Leeds-based Balbir Singh Dance Company. 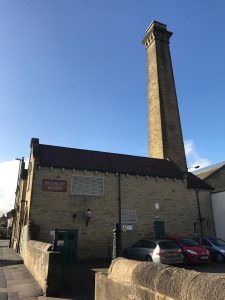 But Tracy leaves Bramley with the business in a strong financial footing and firmly cemented at the heart of the community.

Almost three and a half years on from her arrival and the Baths now has 1,100 children enrolled for swimming lessons, it employs 38 staff and, crucially, is now a sustainable enterprise with annual turnover reaching £600,000.

Tracy, who grew up in Southampton, is keen to point out the contributions from across the community in making the Baths such a success. She said:

“So many people have helped to create what is now a thriving and busy community hub.

“What’s so beautiful about this place is the passion generated by the trustees, staff and customers to keep something going in an innovative and creative way – and always has the local community in mind.

“I have loved my time here. It’s the most varied role I have ever done. I’ve learned a lot from working with people from all ages and backgrounds.”

She has enjoyed seeing projects such as the triathlon club become a success, with more women and beginners becoming involved in what is traditionally an elite and male-dominated sport. The Baths have also recently partnered with the NHS funded Leeds Gender Identity Services to provide a safe space for transgender and non-binary people to exercise. 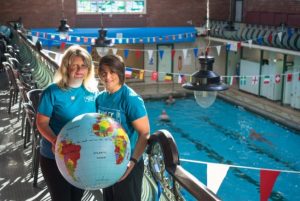 “One person who comes to that group has now started swimming for the first time in 23 years. We’re reaching some of the hardest to reach people, which is incredibly rewarding. We do things differently here, and it’s so powerful.”

The Baths also works with local services such as the Bramley Cluster, delivers classes at Bramley Elderly Action, partners with the Bumps and Babes group, has a close relationship with the Broadleas Tenants’ and Residents’ Association and runs lessons for people with disabilities, among other things.

As a sustainable social enterprise, the Baths generate an annual surplus of £60,000, which is reinvested in the business.

The Edwardian Grade II listed Baths is now ready for the next stage of its development, with structural improvements and repairs on the agenda.

As Tracy looks forward to her new position, she admits she will miss Bramley Baths when she goes – but has left a strong legacy for whoever her successor may be:

“I will miss it. It’s a very busy and positive environment. It’s such an energetic and lively place. Being here has taught me you can achieve something that is long-lasting when people come together and I’m looking forward to using the skills I’ve learned here in other ways.”