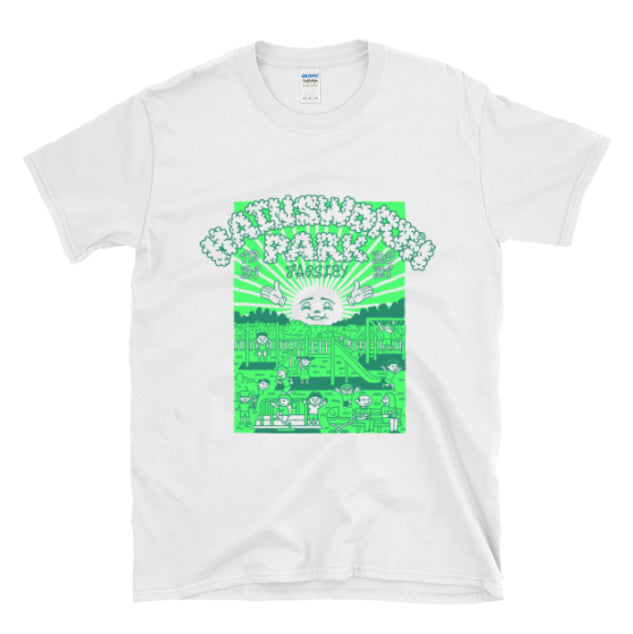 A group aiming to improve Farsley’s Hainsworth Park are selling T-shirts commemorating the park’s centenary – and support their funding bid at the same time.

The Friends of Hainsworth Park group is marking the park’s centenary with plans to build a natural landscaped play area for physical and adventurous play next to the existing playpark.

As previously reported by WLD, the group have so far raised more than £30,000 through a variety of grants in addition to their fundraiser, which they hope will net an additional £15,000.

The fundraiser alone has so far netted more than £10,000 in donations from the local community.

The special Hainsworth Park centenary t-shirts are the work of local designers Alaina Dunne and Jonny Hewison and are available in both adult and children’s sizes.

Hainsworth Park was donated by mill owners the Hainsworth family to the Farsley community 100 years ago.

WLD reported in February that Robert Hainsworth – the great grandson of the great AW Hainsworth – has continued his family’s support for the park by backing the appeal.

The T-shirts can be bought here.