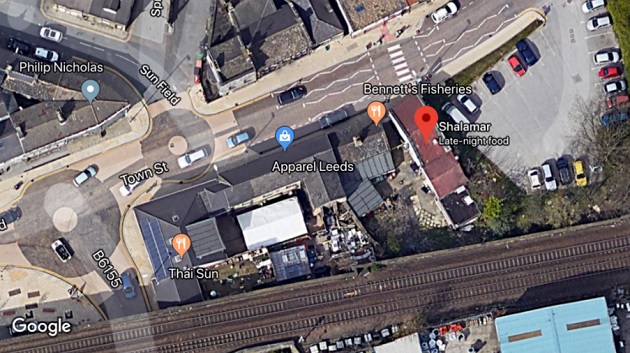 An application to build six flats aimed at the “starter” market on Stanningley Road has been withdrawn, writes Keely Bannister.

The flats would have been created by converting current living and storage space as well as building a first floor extension at Shalamar restaurant and a two-storey rear extension at the next door Bennett’s Fisheries.

There is no reason given as to why the application has been withdrawn.

Environmental Health were consulted before the withdrawal and stated that they recommended refusal due to the high number of commercial premises in proximity and the likelihood of odour and noise nuisance:

“The applicant is proposing first floor flats above commercial premises, this raises potential problems for odour and noise nuisance.

“The takeaway is an Indian that also sells fried chicken, kebabs and burgers. These are greasy foods that can often produce very strong offensive odours when extraction is not maintained or appropriate.

“There is also The Travellers pub across the road approximately 20m away which has the potential to cause a nuisance to residents from music and patron noise.”

Applicant Mr Jay Nawaz now has one “free go” within the next 12 months to resubmit the plans without being charged again.

You can view all the documents associated with this application on Leeds City Council’s planning portal.