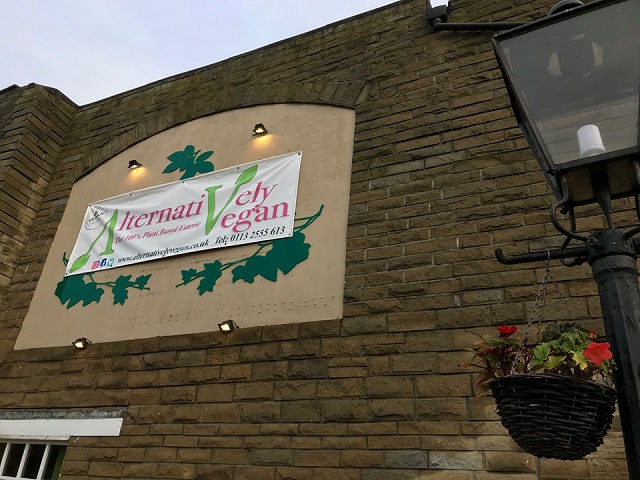 Stanningley cafe Alternatively Vegan is aiming to help tackle loneliness this Christmas by opening its doors to people who would otherwise be on their own, writes Keely Bannister.

Situated on Richardshaw Lane, the plant-based eatery will be welcoming all who require company on Wednesday 25th December from 1pm until 4pm and serving up a free, three-course meal.

“I think that many people forget the true meaning of Christmas. Showing kindness and being together. I am doing this with a very good friend and her children who will be helping out.

“I once spent Christmas alone when my children were at their Dads and it was awful and I swore if I was ever in a position to help others not to feel that way then I would and this year I am.”

The starter will be soup and a roll followed by a roast style dinner with the option of mock chicken or a sweet potato roulade served with mashed and roast potatoes, vegetables, stuffing and gravy. Then for dessert either chocolate cake or Christmas pie with cream or custard.

“You certainly don’t have to be vegan to attend just as any other day at AV. The food we serve however will all be plant-based.

“We have some games to play okay as festive bingo and we’ve also had presents donated so no one will leave empty handed.

“My wonderful friend is going to pick people up and drop them off home afterwards if they need this.

“If people choose to they can make a small donation but this is absolutely up to them. There is no cost to attend. Christmas can be very expensive so just come along and everything including the food and entertainment will be free.

“Families are welcome if they are struggling with the costs. Young and old; the more the merrier.”

Alternatively Vegan is Stanningley’s first vegan cafe. According to their website, the opening of the business was a life-long dream for Angi and came off the back of two tough years after her son tried to hang himself in March 2017 leaving him with a hypoxic brain injury.

The incident was a major turning point in Angi’s life, with the realisation that it was time to look differently at things and follow her dreams.

Things appear to be paying off with the cafe receiving all five star reviews on Trip Advisor with commentators praising the food, value and welcoming atmosphere.

People wishing to book a seat can call 0113 255 5613 or let the restaurant know they will be attending via messaging their Facebook, their Twitter or their Instagram so the team know how much food to prepare.