‘Hidden gem’ Rodley Nature Reserve has been chosen as one of the finalists in the BBC Countryfile Magazine Awards for 2018.

The awards are a celebration of the British countryside and its people, from mighty landmarks and national parks to the best nature reserves and finest rural pubs.

Readers of the magazine were invited to send in their suggestions for the greatest sites and a panel of experts whittled the nominees down to five in each category.

“We are shocked but very pleased – we’re on cloud nine, you could say! It’s a great honour to be nominated.

“We’re up against some stiff opposition. Now we just need people to vote for us!”

“We thought Rodley was very engaged locally, both with the community and particularly with primary schools, and that it has a really interesting story, as it’s part of flood mitigation proposals on the River Aire.

“It’s got a wonderful range of species, lots of engaged volunteers, 30,000 visitors a year, and it’s a real hidden gem of Leeds.” 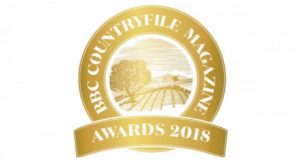 BBC Countryfile Magazine has blogged about the Nature Reserve of the Year awards here.

Winners will be announced in mid-March.