Can anyone beat this Kirkstall road for potholes?

Is this the most potholed street in Leeds? Burley resident Stuart Long certainly thinks so.

Mr Long Tweeted The Dispatch to bring our attention to the potholes on Beecroft Street in Kirkstall, pointing out the sheer number of potholes – large and small – in the road: 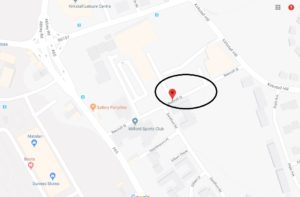 Can you beat Beecroft Street for more or bigger potholes? E-mail your photos to news@westleedsdispatch.com.

As reported earlier this month, West Leeds seems to have more than its fair share of pothole problems.

The top three most reported roads for potholes during 2017 were in the area:

A readers’ poll earlier this month showed West Leeds residents were dissatisfied with condition of local roads, with only three per cent saying they had improved. More than 30% said roads were getting worse and 66% said conditions were the same: 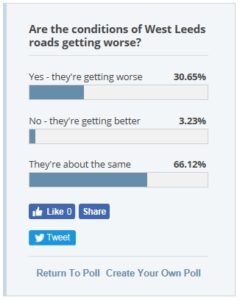