I am honoured to have been re-elected as your Labour Member of Parliament for Leeds West with 64% of the vote and a majority of 15,965 votes, writes Rachel Reeves MP.

It is a privilege to continue to serve the constituency I love. I am proud of the campaign we ran here in Leeds West. Positive, local, upbeat and based on the local issues that people care about in our constituency.

I would like to thank everyone who voted for me and I will try to serve everyone who lives in Leeds West, regardless of which candidate they supported at the election.

Standing up for Leeds West in Parliament

In the fortnight since Parliament returned after the election, I have challenged decisions made by Theresa May and the Government on several occasions in the House of Commons. This has included safety issues in high-rise blocks  after the Grenfell Tower fire, the efforts being made to tackle loneliness, and increasing levels of household debt in our country.

By speaking in Parliament, I can highlight the issues that matter to you. As always, if there are any concerns or issues you would like my help with, please do not hesitate to get in touch with me.

I am also standing up for our region. Yorkshire needs a better deal from Westminster.

So, over the next Parliament I will continue to lobby for more spending in the region and measures to boost the number of well-paid jobs.

This investment must also include proper flood defences and urgently needed affordable housing. I will continue to press the Government to ensure Yorkshire is not forgotten.

After the tragic events at Grenfell Tower, a number of constituents contacted my office to voice concerns about fire safety in high-rise flats across Leeds West. I am working to ensure that the terrible events of Grenfell Tower are not repeated in Leeds or anywhere else.

Leeds City Council assured me that all 23 high-rise blocks in Leeds with cladding – including three in Leeds West – are safe and that the materials used are different to those that lined Grenfell Tower.

However this is not the same for many high-rise flats across the rest of the country, where similar cladding to Grenfell Tower has been used.

As a result of this, I called on the Government to release extra money so local councils can work to improve conditions in high-rise accommodation and invest in additional fire safety measures, which they cannot do without proper funding. Action must be taken now and I will continue to press the Government on this.

I gave a speech in Birmingham this week at the Asbestos in Schools Conference. Asbestos is obviously a big issue for West Leeds.

Asbestos in the JW Roberts factory in Armley led to a large area of terraced housing being contaminated with asbestos dust from the factory. Through the efforts of my predecessor as MP for Leeds West, John Battle, asbestos in Armley was kept on Parliament’s agenda. The safety of our communities, and specifically building safety, continues to be at the top of my agenda.

I was horrified when I learnt of the fire at Grenfell Tower. It tells a wider story about the long-term neglect of publicly-owned buildings, including our schools.

Alongside a phased removal I have called for centrally funded, mandatory audits in every school built before 1999, with the results published or at least stored centrally. Trade unions, campaigners and support groups have done a tremendous job at raising awareness of asbestos issues. It is important that we all continue to do so. 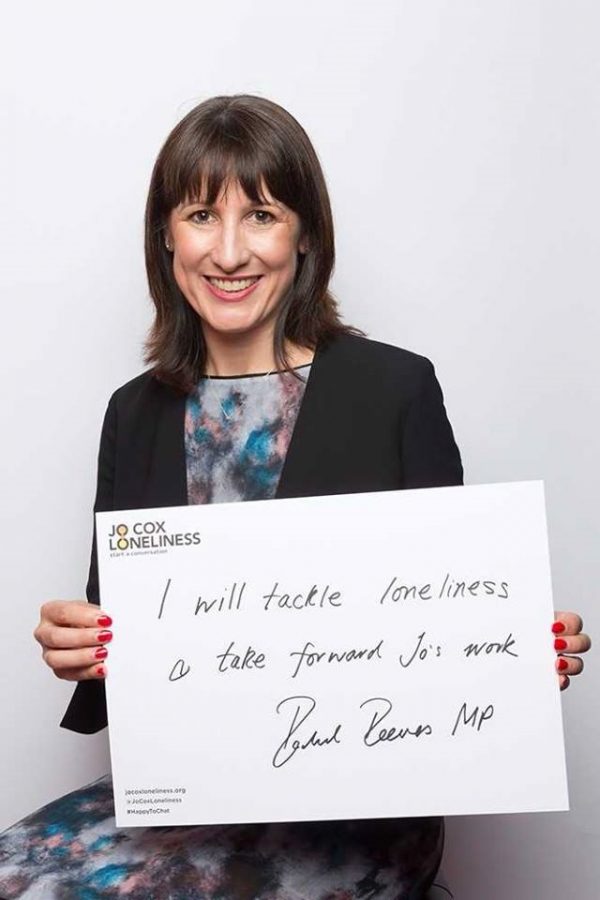 Following on from its launch in January, I will be continuing my work with the Jo Cox Loneliness Commission to encourage community and unity in memory of my friend, the late Jo Cox. At Prime Minister’s Questions, I urged Theresa May to recognise the seriousness of the issue and help raise awareness.

I was thrilled there were so many events across Leeds West organised to celebrate the Great Get Together.
It was a pleasure to join Five Lanes Primary School as part of their Great Get Together event after the first year anniversary of Jo Cox’s murder.

Hundreds of parents and grandparents joined their children for breakfast in the school hall. Along with honouring Jo’s memory, the Great Get Together aimed to help bring communities together, something that Jo passionately advocated.

So, I was delighted to have attended the fantastic New Farnley village fete and support the trustees of the Lancasterian School Room.

I am proud we have such strong and united communities here in Leeds West.

Celebrating the best of Leeds West

Over the next few weeks, there are some fantastic events taking place across the constituency – including Kirkstall Festival, Armley Festival and Bramley Festival.

Armley Festival takes place on Town Street itself on Saturday 22nd July between 12pm and 4pm.

Bramley Festival, the first since 2014, will be taking place on the weekend of the 19th and 20th August.

I do hope you can make these brilliant events and (hopefully) enjoy the sun!

Please do contact me by email on rachel.reeves.mp@parliament.uk or call my office on 0113 255 23 11 if you have any ideas, concerns or questions. And please like my Facebook page to keep up to date with what I am doing as your MP.

Facebook
Twitter
Pinterest
WhatsApp
Previous articleSport is on the ball at Calverley CE Primary
Next articleKirkstall Forge: Do you know one of the famous ‘40 Year Men’?