Churches sometimes need to downsize, and when they do, they often cannot keep their larger treasured items on their smaller premises, writes Damon Sugden.

This happened to the Pudsey Baptist Chapel after the church relocated from Littlemoor Road to the car park of Pudsey Leisure Centre about 15 years ago. 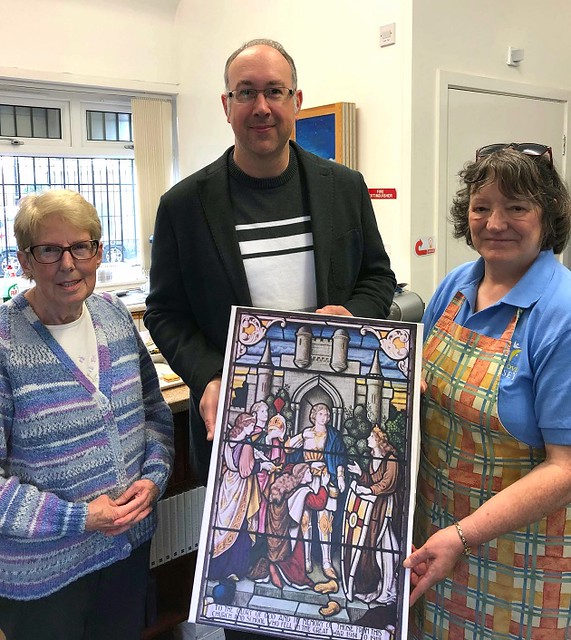 After the chapel on Littlemoor Road was sold to developers, the church’s stained glass windows were removed and put into safe storage at Sowerby Bridge.

The Baptists subsequently moved into the old Scout shop in the Pudsey Leisure Centre car park. Members of the congregation have not had their stained glass treasures to look at since.

Opened in 1900 the Baptist Chapel contained several magnificent stained glass windows and doors. These were added to after 1919 with a Great War Memorial window and wooden memorial naming church casualties. 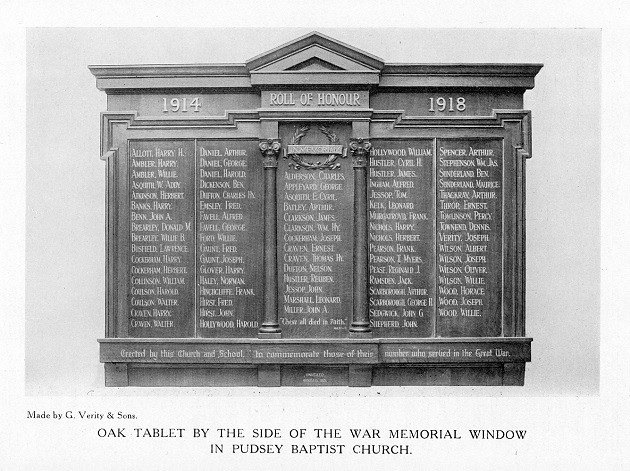 This is especially poignant as several members of the congregation during WW1 were vocal conscientious objectors, and found themselves in the front line as unarmed stretcher bearers making deadly trips into no-mans land.

By coincidence local historian Damon Sugden acquired a post card of the Baptist War Memorial window. Recognising it as an important piece of ‘lost’ heritage, Damon had the picture enlarged and framed. This was used as part of a Heritage Open Day exhibition for last year’s WW1 Centenary, held by Pudsey & District Civic Society. 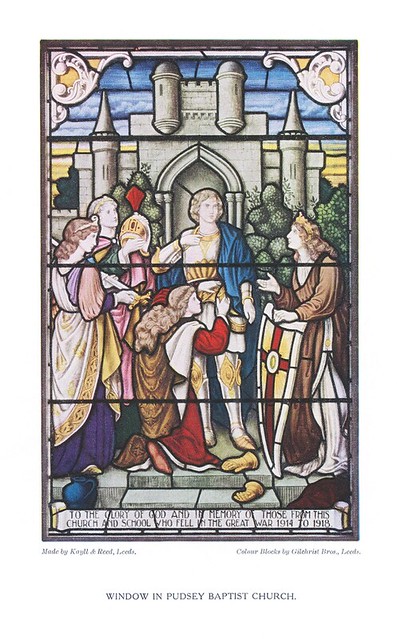 It only seemed right that the new print should find a permanent home with the Baptists – it has been confirmed that it will have a permanent place in the Chapel window, so that the sunlight shines through the canvas.

Members of the congregation are delighted to see such an important part of their heritage back with them, and remember the contribution that their community made to the nation.