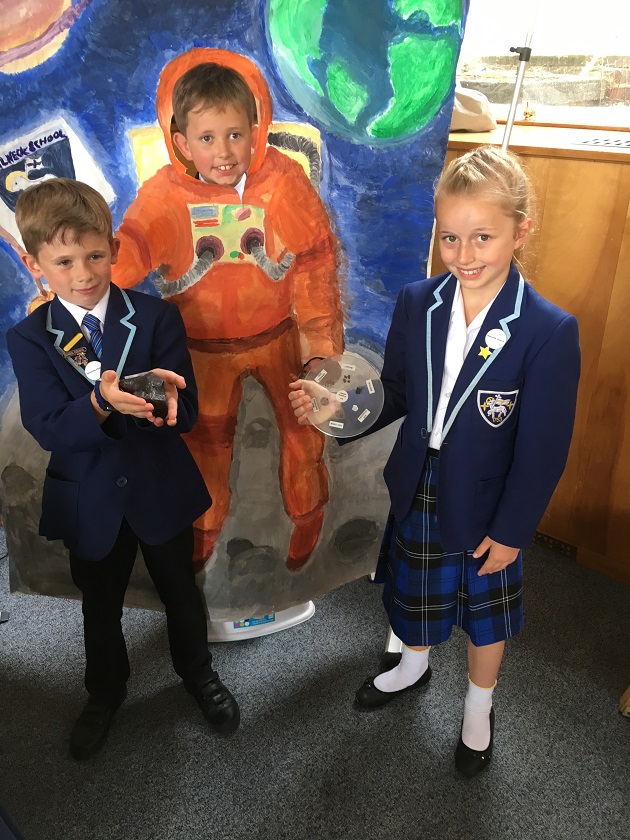 Pupils at Fulneck School in Pudsey have enjoyed a series of interactive astronomy lessons which were truly out of this world!

Students at the independent school in Pudsey were given the once-in-a-lifetime opportunity to handle priceless samples of moon rocks and meteorites as they learnt more about the Universe around them with the help of astronomy researchers from the University of Leeds.

The irreplaceable items were loaned to Fulneck by the UK’s Science and Technology Facilities Council (STFC) which provides educational packs in a bid to inspire young people to get involved in science and complement classroom studies.

The lunar samples were collected in the 1960s and early 1970s during some of NASA’S first manned space missions to the Moon.

“Thanks to our friends at STFC pupils have had the chance to see and even touch these important fragments of science history.

“My sincere hope is that this amazing experience will encourage students to become the next generation of astronomers.”

During the current academic year Fulneck has hosted a series of interactive science workshops for school children across the local area in its role as a partner school of The Ogden Trust. Topics covered have included a crime scene investigation using a variety of forensic science techniques, and an exploration into the science behind school dinners.