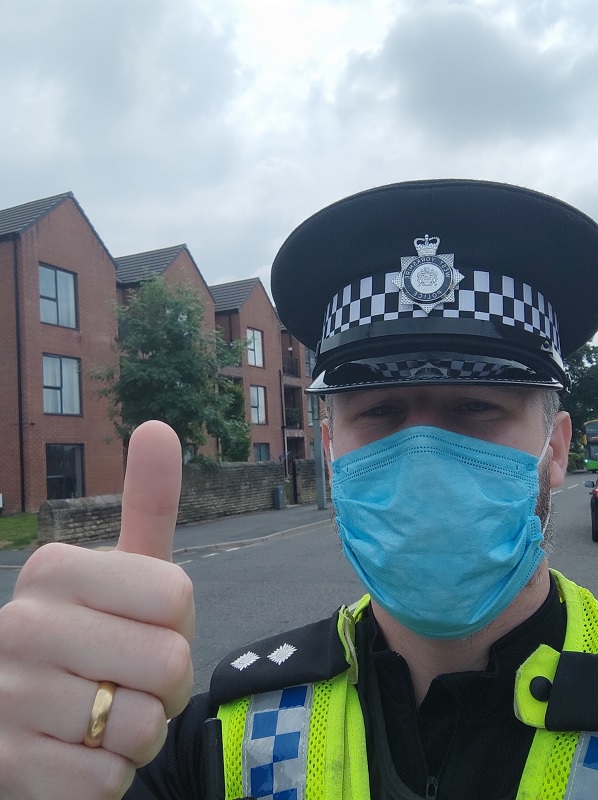 PC 1888 Ridding from the West Leeds Neighbourhood Policing Team carried out an operation in and around the Broad Lane area on Friday, 2 July 2021.

Throughout the day over 20 motor vehicles were examined for any vehicle defects and drivers had their documents checked to ensure they were driving legally.

During the day more than 10 tickets were issued to drivers who were found committing a variety of offences, including having defective vehicle tyres and number plates. A police spokesperson said:

“PC Ridding will continue to utilise operations of this nature to ensure the Bramley community are kept safe and feel safe.”

Acting Inspector Carl Robinson was present during the day helping to spot vehicle defects and support the community.

Last month West Leeds Dispatch featured Bramley Baths CEO David Wilford express concerns about a number of near misses on the road and calls for action to tackle speeding. Police held a day-long operation to monitor motorists’ speed outside the Baths on 15 June.