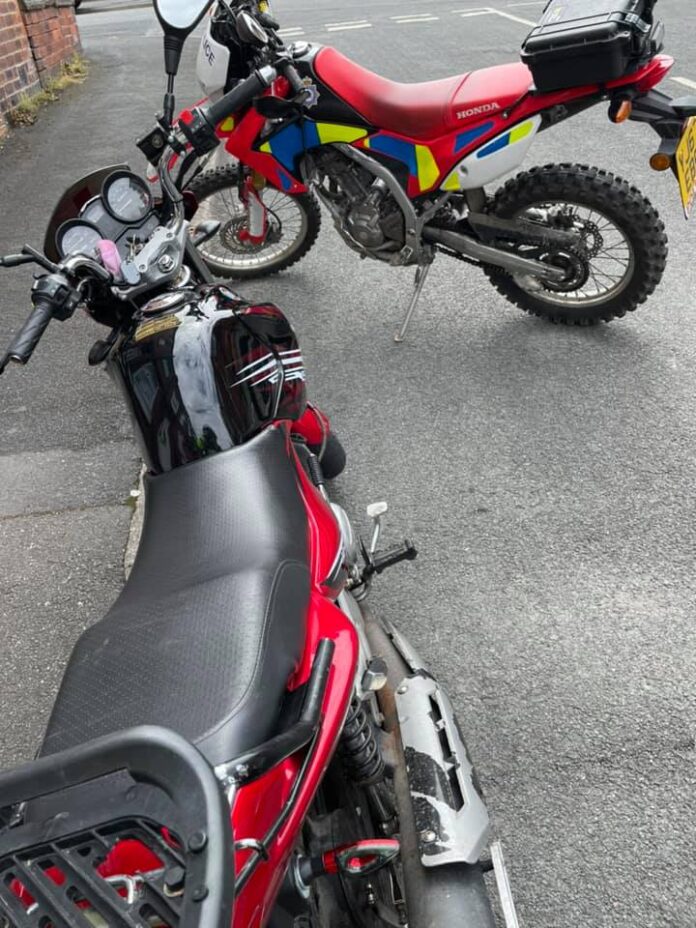 Police have seized a bike, and issued tickets and warnings as part of Operation SPARC in West Leeds on Sunday.

The on-going programme is targeting drivers who are putting themselves or others at risk.

“Officers from the Off-Road Bike Team have been patrolling the West area of Leeds today on Operation Sparc.

“Operation Sparc has been set up to target the nuisance use of vehicles across Leeds. Today Officers have seized the [above] bike, issued multiple S59 warnings and given motorists a number of tickets for traffic related offences.”

The SPARC programme was launched in July 2020 and targets drivers who are speeding, using mobile phones or are suspected to be under the influence of drugs or drink while driving.

People deemed to be driving aggressively or detected as driving without insurance will face enforcement.