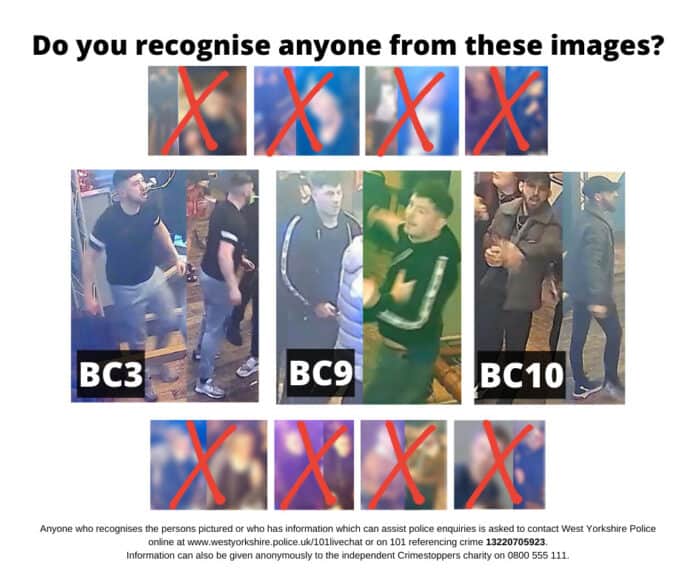 Police investigating a Boxing Day brawl at a bar in Pudsey are continuing to appeal for information to identify three suspects.

As previously reported, the incident occurred at Bojangles Bar, in Lowtown, at about 1am on Tuesday, December 27, while the venue was busy with friends and family celebrating Boxing Day evening.

A fight involving a large number of men and women broke out on the first floor of the premises.

A number of people were injured, and damage was caused to the premises during the disturbance where chairs and other items were thrown. Police and paramedics were called to the scene to deal with the incident.

The incident is being investigated as violent disorder, and officers from the Leeds West Neighbourhood Policing Team are progressing enquiries to identify those involved.

Following a previous appeal last week officers have identified eight people, along with other suspects identified outside of the appeal.

They are still appealing for the public’s help to identify three remaining suspects shown in the above updated image.