Two west Leeds councillors have put forward motions to be debated by a full meeting of Leeds City Council tomorrow.

Calverley and Farsley councillor Andrew Carter – who is also the Conservative Party leader on the council – has put forward a motion saying it is in the best interest of Leeds residents to be part of a devolved authority made up of West Yorkshire councils, North Yorkshire councils and the East Riding and Hull.

“This would create a Northern Powerhouse able to compete, not only on a local and regional scale, but on a national and international scale and would provide a devolved authority area stretching from the Pennines to the sea.”

And Farnley and Wortley Green Party councillor David Blackburn (Green) has put forward a motion noting the missed opportunity to reduce carbon emissions in new developments after the Government cancelled the introduction of Zero Carbon Home Standards in 2016.

The motion calls on the council to specify Passivhaus energy efficiency standards on all new buildings on council-owned land and as a condition of sale on any council land.

All 99 councillors from across the city attend full council meetings. Tomorrow’s meeting starts at Leeds Civic Hall at 1pm – check out the full agenda here. 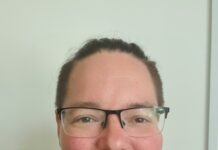