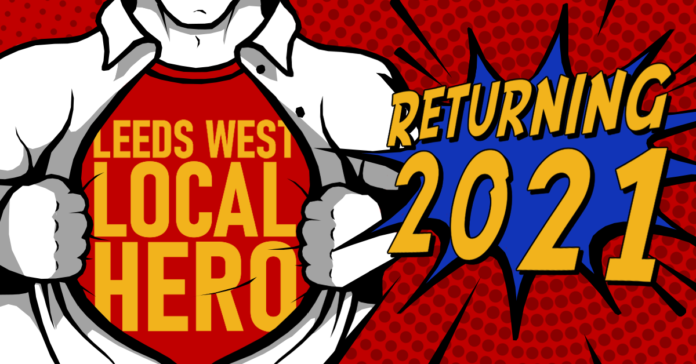 Whilst volunteer groups and organisations have been around for a while, the pandemic shone a new light on the work they do in our communities, supporting the elderly and the vulnerable in the worst of times.

“My Leeds West Local Hero Awards are up and running once more, and will be awarded weekly until the end of August. When I launched this initiative to recognise our unsung heroes last year, I received so many emails about the work and impact individuals and groups make to our community.

“It has been genuinely inspirational to read about so many people that just get on with making other people’s lives better, with no thought of reward or recognition for themselves.

“That’s why I’m looking for more heroes I can give a shout out too over the summer. Good news stories can sometimes seem to be in short supply, but it is a testament to the people of West Leeds that you don’t have to look too far to find so many brilliant examples of community spirit.”

Winners last year were chosen from a wide spectrum, but all had been nominated for the support they gave to others during the pandemic. They included Philip and Angela McConnell, the driving force behind the Bramley Care Bears, who went on to receive British Empire Medals (BEM) for their community work, both during and prior to the Coronavirus lockdown.

Whilst the Leeds West Local Hero Awards aren’t quite as prestigious as the Queen’s Birthday Honours, they are still a great shout-out for local community volunteers.

If you would like to nominate an individual or group that has gone above and beyond in any way, please e-mail Rachel.reeves.mp@parliament.uk.

You’ll need to include brief details of your nominee, along with your phone number in case more details are needed. Happy nominating!