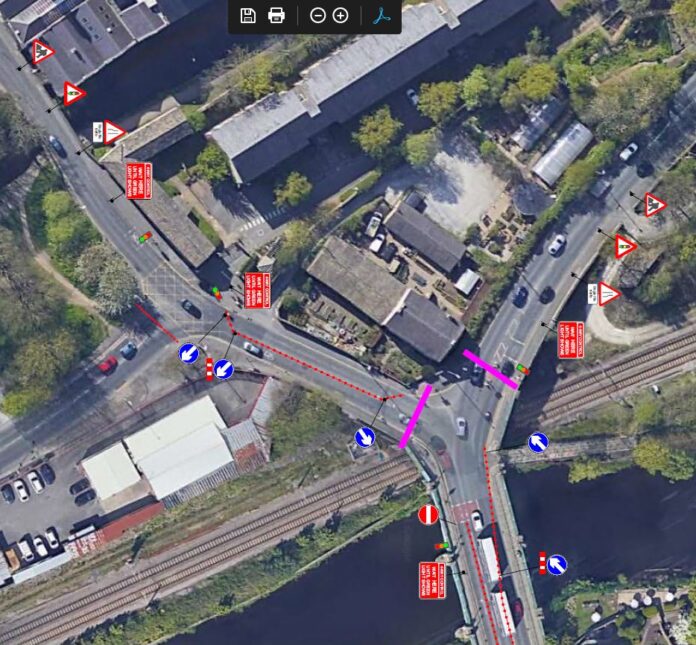 A busy West Leeds road which only reopened in December after being closed for more than five months is set to close again for work on vital gas mains.

Wyther Lane was shut in June last year to allow important repair work and new traffic lights to be installed on the historic bridge at Amen Corner. The work followed an accident at the bridge last March.

Today it emerged that drivers using Wyther Lane face another eight days of closure when the road is shut for gas replacement works from Thursday, 20 January to Friday, 28 January 2022.

The works will be taking place further along Wyther Lane, this time between the junction with Broad Lane and Kirkstall Bridge.

“These works were originally planned to take place during the school holidays but unfortunately cannot wait any longer.

“To allow the works to take place safely, and to minimise disruption, they will involve the closure of Wyther Lane at the junction of Broad Lane and the use of manually operated multi-way lights to maintain traffic flow between Broad Lane, Leeds and Bradford Road, and Bridge Road.

“There will be unavoidable delays, however Highways will closely monitor the works to ensure this is kept to a minimum, with a view to making changes as the work progresses if the situation can be improved.”

Advanced signs are being placed on site to warn motorists of the works and Northern Gas Networks will letter-drop residents and local businesses.