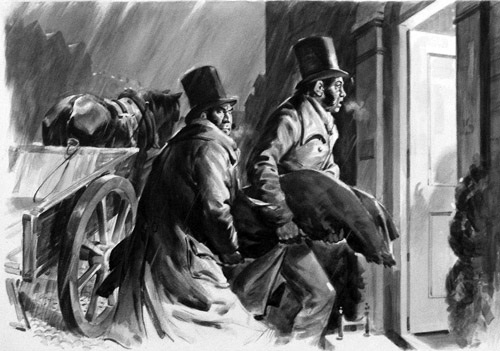 Thomas Rothery had worked at Bateson’s Mill, Wortley since he was a young man, writes Mark Stevenson.

On the 1st of June 1831, Thomas stepped up on to the gantry to check the large boiling vats of red dye as he had done many times before. Unfortunately the gantry gave way and Thomas fell into one of the boiling vats, his workmates looked on helpless, nobody who worked that day would forget his screams as he was boiled alive.

Thomas was a popular man and maybe because of this or because of the way he died, his funeral was arranged and paid for by the mill owner, which was unusual for the time.

Thomas was buried at Wortley Parish Church, but sadly for his family this was not the end of their woes.

Two days later Thomas’s body was snatched through a hole which had been made in the top of the coffin.

The police were called but they had very little to go on so the details were made public in the hope that someone would come forward and help shed some light on the case.

It was not long before a local coachman came forward, the tale he told led the police to Mr Gaunt, a solicitor. A few days before, the coachman had dropped three men off who he had previously taken in his carriage to Wortley.

They paid him to wait for them and on their return to the carriage the empty bag they had taken with them was now full, taking two of them to carry it. 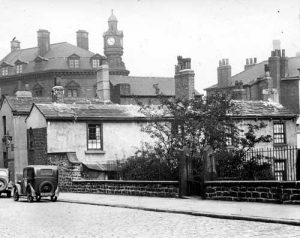 The police gave Mr Gaunt the descriptions they had been given and he was able to tell the police that one of these three men was his clerk, a clerk who had not turned up for work that day.

The police searched Mr Gaunt’s premises and found a large box labelled ‘Books’. The smell coming from this box told them it was not books inside. Gaunt’s clerk John Hodgson was later arrested.

Hodgson been a solicitor’s clerk, knew how to play the system and only did six weeks in York Castle gaol. He was a repeat offender and used his cottage in Sheepscar to store the bodies until he could find a buyer for them – at a price of £12.

This was not an isolated incident – in 1826 the body of Martha Oddy a 15-year-old clothier from Armley was stolen from Armley church yard and sent by post to Edinburgh.

It was not until a long, persevering, and painful chase by her distressed parents that she was re-interred in her original grave.