Mapped: Taxi protest to cause Monday traffic disruption in Leeds

A convoy of around 100 slow-moving taxis will start at Kirkstall Morrisons at 6am and will go down Kirkstall Road and into the city centre.

A statement on Metro’s website said the protest would likely last for four hours until until 10am:

“There is likely to be traffic congestion due to this protest.”

I was talking to a taxi driver yesterday, in his words a peaceful protest but they intend to bring Leeds to a standstill!! Annoyed that out of town drivers are taking jobs in Leeds plus other issues https://t.co/BUocGcnHak

Taxi drivers say missiles are being hurled at them on a daily basis. They’re also angry about an increased number of £70 fines being imposed for picking up and dropping off in areas with bus stop markings in Leeds city centre.

This is the route of the protest: 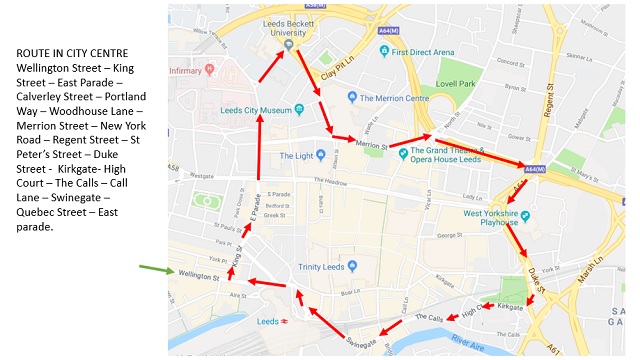