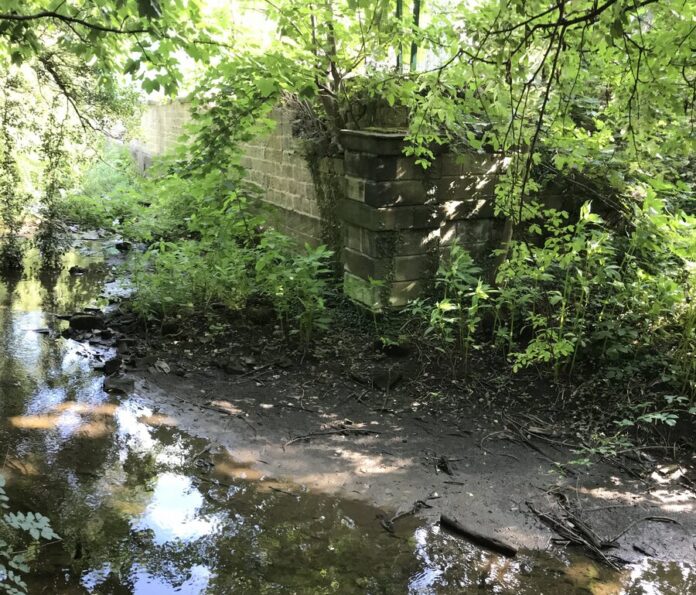 A walk along the Kirkstall Goit from Kirkstall Abbey Park 15 years ago might be rewarded with the blue flash of a kingfisher or a heron’s struggle to rise. A fisherman’s eye might see the resident large chub or shoals of Dace or Roach. But no more.

Structurally, the problem is the Victorian sluice gates. Fallen into disrepair and silted up. Politically, there are squabbles over responsibility. This, and the marginalisation of environment, community and wellbeing, has meant previous efforts have failed.

Like many environmental issues – the solution is simple and already known. The Flood Alleviation Scheme (FAS) plans to construct a new control structure above the sluice gates to regulate the river in flood conditions. Solution – mend or permanently open the existing Victorian sluice gates to let the water through. Design the new control structure to BOTH restore flow and limit flow during flood conditions.

Brought together by MP Rachel Reeves and supported by Councillors John Illingworth and Fiona Venner, Friends of Kirkstall Abbey Park have met twice with FAS to lobby for a solution. Some progress has been made. However, the proposal remains to install a control structure which will not restore flow – but might be adaptable to restore limited flow in the future.

Crucially, the existing sluice gates have not even been assessed. It remains unknown if they can be repaired, opened, or used to control flood water.

Despite local and national priorities around ecology and climate and despite the known value of healthy ecology and nature to community well-being this tin can seems likely to be kicked down the road again.

The Leeds Pound spent on a flood control structure, with limited function, built behind a partially blocked silted sluice. The potential wellbeing, community and environmental benefits of restoration unassessed and unvalued.

Instead, boxes will be ticked and responsibility for future solutions made more complicated, more costly and unclear. Of course, the FAS has important targets to deliver- but these need to be achieved within the greater environmental and community context.

If it matters to you the goit is a thriving local environment, buzzing with life, that the Leeds pound is spent wisely and that the Kingfishers and Dragonflies on the park’s signs still live there – please take action.

E-mail FAS, copying in your MP, councillors and council leads on wellbeing and environment. Make noise in community Facebook groups.

Speak out. Speak up. Your local goit needs you. It might not be too late.