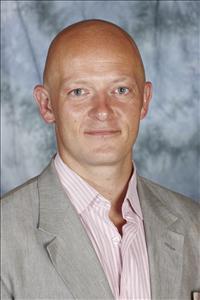 “It isn’t just a ‘referendum’ on the performance of parties at Westminster,” writes local democracy reporter Richard Beecham.

They’re the only major political party in England that opposes Brexit altogether, but Leeds Liberal Democrat group leader Coun Stewart Golton was keen to strike a diplomatic tone when it came to how the “B” word might affect the forthcoming local elections.

“There are some very disillusioned voters out there who are appalled at the chaos that there is in Westminster,” he said. “It is turning them off from politics and our challenge is to make sure people understand that these elections are about local services and how their council tax money is spent effectively.”

It’s been a tough few years for the Lib Dems in Leeds. The all-out election of 2018 – in which every single councillor had to defend his or her seat – saw the party make a net loss of three seats, taking them down to a total of only six councillors.

This is a far cry from the 24 council seats the group held 10 years ago, but Coun Golton believes some of last year’s results can be overturned this time around.

“The all-out elections had some peculiar results,” he said. “In Weetwood we got the most amount of votes, but how they got shared out among the different candidates meant we lost two seats. We are expecting the result in Weetwood to normalise in this election.”

So much for gaining seats, but what will the Lib Dems actually do should they one day wrestle power of the council from Labour? He laughed:

“There is so much to go for where the council isn’t performing!

“We know that people really want to recycle as much as possible but, in Leeds the recycling rates are going backwards. So we’re making sure voters know that this council voted against our amendment that would have delivered glass and food waste recycling across the city.”

He also referenced a council scheme introduced last year in which a fee is charged to dispose of inert waste, such as building materials, at council waste disposal sites. The council said this was to help cover the costs of the sites. He said:

“There is also an issue around fly-tipping, particularly in outer areas such as Wetherby and Rothwell. That is resonating a lot, because they can see where fly-tipping happens, and they know it is because of the council’s DIY tax, where people take household materials to the council tips and getting charged for them.”

Recycling and fly-tipping? With such a focus on environmental issues, does Coun Golton want to turn the heads of Green Party voters? He said:

“We’ll take votes from wherever they come from. More and more people are realising that it is a crisis that isn’t going away, and doing nothing about it won’t make it any less of an issue, it will just make it more of an issue.

“A lot of politicians come up with strategies and put a fancy name next to it and say ‘hey, this is a great vision’, but actually it’s just like the emperor’s new clothes. There is nothing behind it.

“With increasing government austerity we are ending up with a two-speed city, with more money being invested at greatest need. But that means starving services in areas that could be given the opportunities that could deliver it in a different way.

“[Voters] want the politicians they vote for to have some idea and strategy to make it better.”

The West Leeds Dispatch is featuring interviews with all four leaders of major political parties in Leeds in the run up to the May 2 election.
_____________