Latest Kirkstall Forge scheme ‘could do with more greenery’ 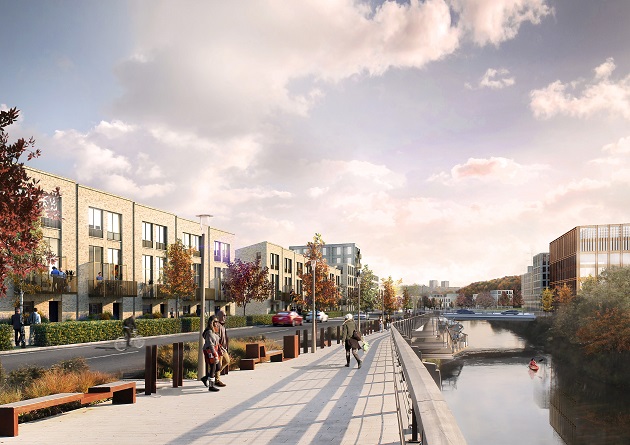 Latest plans connected to the biggest ongoing development in West Leeds have been met with mixed feelings by council decision-makers, writes Richard Beecham.

It follows redevelopment of part of the 24-hectare site in the past few years, following the building of a new rail station. It’s all part of a master-plan for the site, expected to cost up to £400 million.

And, while some councillors expressed support for the scheme, others claimed it should contain more greenery.

As the plans are at pre-application stage, no decision has yet made on whether to allow building on the site, as a full application is yet to be submitted.

Representing the developers CEG, Nick Lee told the meeting that Number 1 Kirkstall Forge, which was completed last year, was something that was “well received in the marketplace.”

“I think the site is fabulous, the first phase of the building looks and feels good.

“I am not so pleased with the amount of massing of areas on the car parking. It is hard to visualise from a screen, but I think it is too much of a block mass of colour.

“There is going to be a residential block looking at that.”

“There is a mention in the documentation about the parking, and to address the deficit of number 1 which has no in-built parking.

“I know there are already huge issues in terms of insufficient parking from the station which is having an impact outside of the site.

“Is there any possibility to use the multi-storey car park for the public outside office hours?”

Representatives for the applicants told the meeting that they would look at ways in which car parking facilities on the site could be used outside the office hours.

Plans for a nearby residential and commercial development with a public square, which would face onto the proposed development, were also approved in May 2019.

“We would like you to re-address the car park, and see if you can refine that according to the comments.

“You are going to come back to us with more detailed landscape plans, but I have been hearing ‘more green, and a bit softer looking’ – we want to see a more outdoorsy feeling.”

As this is a pre-application, no decision has been made on this application and more detailed plans are expected to be submitted in due course.