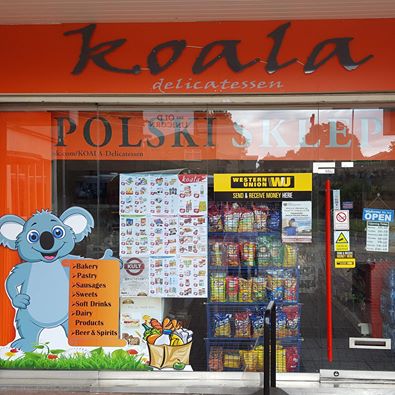 A Bramley shopowner has received a suspended jail term for selling thousands of illegal cigarettes.

Wioletta Beata Petzold, of Wentworth Drive, Wakefield appeared at Leeds Crown Court for selling a large quantity of non-duty paid cigarettes and hand-rolling tobacco at her business, Koala Delicatessen Ltd, which is based in Bramley Shopping Centre. More than 60,000 hidden illicit cigarettes and almost 20kg of illicit hand rolling tobacco were seized.

Mrs Petzold pleaded guilty and was sentenced to a 10-month prison sentence, suspended for one year. An additional order was also made for her to do 150 hours unpaid work to cover the prosecution costs.

Illegal tobacco was found hidden in the bins, the fridge, cabinets, under the counter, in vehicles and concealed on her person in specialist-made clothing.

The amount of excise duty owed to HMRC on this amount of tobacco amounts to £19,529.

“The supply of illegal tobacco remains a problem in our local communities. While we know smoking kills, illegal tobacco is a danger to health, particularly to young people, as it is sold at pocket money prices, it is easier for children to start smoking. It also encourages other crimes in our communities.”

West Yorkshire Trading Standards Service (WYTS) first received complaints about Koala supplying illicit, duty-free tobacco in November 2016. The store was visited and issued with a warning for a quantity of illegal tobacco that was recovered.

In 2017 and 2018 WYTS continued to receive complaints that the business was still dealing in illegal tobacco. WYTS – accompanied by officers from Leeds West Neighbourhood Policing Team – visited Koala ten times and obtained illegal tobacco which did not bear the statutory health warnings, were not in the standardised packaging and were not duty paid.

The inspections and prosecution were part of The Tackling Illicit Tobacco for Better Health Programme, which is funded by the five public health authorities in West Yorkshire. The programme is helping people to stop tobacco use for good by educating the public and by investigating traders who supply cheap and illicit tobacco.

To report a trader selling cheap and illegal tobacco, contact the Illegal Tobacco Hotline on 0300 999 0000.