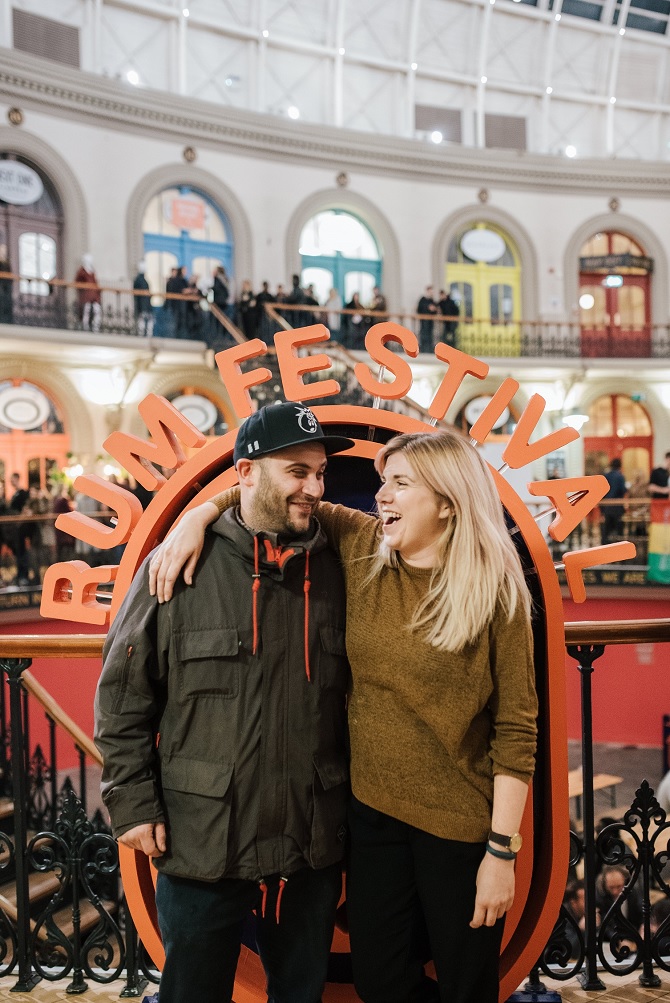 Two of Leeds’s most respected names in hospitality – one of whom lives in Kirkstall – have announced the launch of their new events company.

Rolling Social Events, the brainchild of Bruce Lerman and Kirkstall’s Samantha Fish, has launched at a time when the industry is being hit hard by Covid 19.

“There is no denying that this is a difficult time for the hospitality industry,” says co-founder Bruce Lerman. “But Rolling Social was always our plan, and we figured that if we get started now, when we come out the other side we’ll be ready and raring to go.”

Sam and Bruce originally partnered up to host the hugely successful Leeds Rum Festival – which this September celebrates its fifth year at Leeds Corn Exchange – and Leeds Gin Fair in 2019.

After last year’s successes they realised that between them they have a lot of great ideas, a lot of contacts, and a lot of knowledge and it made sense to put them under one banner – Rolling Social Events was born.

It has already been a tricky path for Rolling Social after the first new event they put in the calendar was postponed due to the pandemic.

Gin Picnic was to take place at Kirkstall Abbey last month, but it soon became clear that it wasn’t to be. Despite this, the pair remain positive and upbeat.

“Gin Picnic will definitely be back,” says Bruce. “It might look different, it will likely be even better, but it will be back.”

In the meantime, the determined duo continues to build on the successes of their last four Rum Festivals and have launched a new event called Sip Along to give Rum-lovers everywhere a treat during lockdown.

“We know people are missing the social side of Leeds right now,” says Bruce, who owns Hedonist Bar in the city centre. “And we in the industry are missing our customers and the general vibe too, so we have created an interim event to bring us back together and celebrate the world’s most diverse spirit – Rum!”

The first Sip Along will be hosted on Zoom on Friday 12th June at 7.30pm. Ticket holders will receive six samples of Rum – worth around £35 – and will then hook up with Sam, Bruce and other Rum lovers for an online gathering hosted by Plantation Rum’s brand ambassador Paul McFadyen.

“Rolling Social’s mission is to create modern experiences that connect our guests through food and drink,” Sam explains. “Our Festivals have always had that at their heart; they’re not about us making a quick buck and disappearing – we never over sell tickets and we are committed to bringing quality to the independent Leeds scene. We’re about celebrating, sharing knowledge, and bringing people together for a good time.”

“We are proud to have succeeded in this mission and it will always be the ethos of Rolling Social Events.”