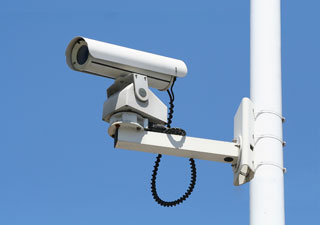 Closed circuit television for a troubled west Leeds estate, a new footpath, funding for a community shop and youth projects are among several  community projects were awarded funding by the council last night.

Members of the Inner West Community Committee – which is made up of councillors from Bramley and Stanningley, Armley and Kirkstall wards – met at Stanningley ARLFC’s base in Farsley to discuss a number of local issues, such as social housing need and fuel poverty in the area.

They also awarded money towards a number of schemes/groups.

This included £10,000 towards CCTV for Ley Lane in Armley. Residents are experiencing high levels of antisocial behaviour and crime, including drug dealing. It’s part of a £66,000 scheme to link the cameras to the wider LeedsWatch network and monitor the cameras for five years.

“There are lots of problems with drug dealing in the area and young lads and lasses getting dragged into it. I’m not always in favour of CCTV cameras – I think we must be the most watched nation in the world – but on this occasion I’m in favour of it.”

Improvements in the Ley Lane area will also include resurfacing a poorly maintained footpath which runs through the field on the estate. The overall cost is £5,000, with £3,500 provided by the Inner West Community Committee.

Councillors also approved in principle £6,000 to monitor CCTV on Broadlea Grove, Bramley, starting in the next financial year.

They also approved £10,000 towards the running costs of the Bramley Community Shop in Bramley Shopping Centre.

Other funding agreed included over £8,000 to continue BARCA Young People’s Counselling Service; £2,000 for summer activities for young people across all three wards and £3,000 to continue funding for three volunteer debt and financial support workers for Ebor Gardens Advice Centre.

They refused a £2,000 bid for security radios at Bramley Shopping Centre as the centre itself was unwilling to pay towards the scheme. They also deferred a bid by Burley RUFC for boundary fencing pending further negotiation with the club and the other piotential funders Kirkstall Forge.

Armley councillors recently funded outdoor fitness equipment at Ley Lane in Armley. The project, they said, was in partnership with local residents and the council.

However a number residents left messages on the Inner West Community Committee’s Facebook page to complain about a lack of consultation by the council. Nick Briggs was one of them. He said:

“I was personally pleased to see some effort being made, but I am not pleased with the lack of consultation with the real residents, the people who are actually living on this very area, and the claim that this is in “partnership with local residents.”

Mistur Magoo added: “We actually live on the edge of this field and nobody on our strip had any idea this work was happening. You turned the football pitch 90 degrees so now the goal posts are in front of our houses. There was only 1 goal post up before and the reason for that is because it was in front of houses before and caused bother and problems with the houses behind and now you have just done the same thing again but now its in front of our houses.”

At last night’s area committee meeting, it was agreed to set up further meetings with local residents ‘following engagement on the Facebook page’.

The council says it carried out some consultation with residents last summer, holding a couple of events on the greenspace advertised to some residents via letter. Local residents are campaigning for more play equipment for youngsters and it’s believed the council is now looking into the possibility of providing that.

Come and have your say!

At the start of each Inner West Community Committee meeting there’s a ten-minute ‘open forum’ where residents can address councillors directly on issues of concern. No-one took up this opportunity last night – perhaps people would consider coming forward for the next meeting on September 9 in Kirkstall.