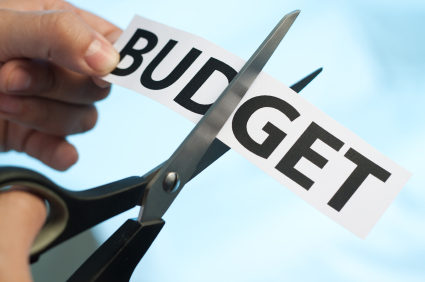 Local residents have reacted with anger to Leeds City College’s plans to close its St Bartholomew’s centre in Armley.

The college is looking to save £10.9 million following savage cuts from central government and is proposing to close its base at the Strawberry Lane Community Centre alongside similar centres in Meanwood and Morley from September this year.

But angry Armley residents are planning a ‘Save Our College’ public meeting on Wednesday, 1st July, at 4.30pm in the main hall at Strawberry Lane Community Centre.

One resident, Barbara Sterling, emailed West Leeds Life after hearing about the proposals yesterday. She said:

“It’s made me feel so angry. Students feel let down that their feelings and needs haven’t been taken into account and that they cannot now progress to their next qualification. This won’t help people to get jobs.”

More than 60 comments from angry local people were posted on the Armley Good Stuff Facebook group.

Esmerelda Giggleswick said: “It is such an invaluable resource for the community … How on earth are people supposed to get to courses at Crown Point from here? Absolutely useless.

“The whole value of these resources is that they are LOCAL – and so people can access them because they can walk there AND pick their kids up from school/do all the other things they need to do. ARRRRRRGGGH!”

Samantha Stewart added: “I am absolutely shocked and horrified that the Leeds City College is likely to be moved out of Armley.”

There are now growing concerns that the college withdrawing from the centre could affect other service providers at the community centre.

Dawn Newsome, chief executive officer at Armley Helping Hands, said she feared the college’s withdrawal from the Strawberry Lane centre could have major consequences on the future of tenants and community groups based at the centre as the college runs half of the building. She added:

“All groups within the community have had a percentage of their income reduced due the present financial climate, [and] many of these groups have not got sufficient income and reserves to relocate.”

Positive meeting with @leedscitycoll & #Armley cllrs this morning to find a workable future for St Bart’s FE provision in face of govt cuts.

“The college provides vital courses for local people and we cannot afford to lose them. It’s not so much the building, it’s the courses they offer that help get people into work.

“If the centre does close we’re hopeful of getting some of the courses in English as a Second Language, digital literacy and maths in other local community venues and schools in inner west. Perhaps some of the more vocational courses the college runs may not continue.

“Having spoken to the college, there’s a fear that by 2020 there may be no adult education nationally as this government wants to focus on apprenticeships.”

Cllr Ritchie said councillors were due to meet with the college again on Monday to ‘try and work up a plan’. He added: “Courses start again in September and we don’t want them saying there isn’t any interest.”

In Armley OSC meeting Principal of Leeds City College to protest against closure of facility at St. Bart’s with @Alice_Smart & Jim McKenna

A spokeswoman from the college said in a statement:

“A number of factors have been taken into consideration before making proposals to close these centres – student numbers, courses offered at other college sites, and infrastructure costs, along with financial viability of programmes.

“It is important to emphasise that proposed site closure does not necessarily mean closing all provision – proposals include potential course transfer to other college sites, and some courses may still be offered locally.

“Options being explored for the St Bart’s proposal include the relocation of the teaching assistants programmes to another college site, while seeking alternative spaces for some community learning such as ESOL (English as a Second Language), English and maths in venues in the local vicinity.

“College representatives have also been in contact with local MPs and councillors, and held meetings with existing students.

“The proposed closure of any Leeds City College site does not directly lead to job losses – some courses will be transferred and some job roles protected. Some individual members of staff may be at risk if the wider college department they sit in is ‘under consultation’ as part of the current proposals being considered.

“In recent years, Leeds City College has had to look at reducing the number of community venues it operates out of as a result of continuing funding cuts to its adult budget but remains committed to promoting adult learning and skills in local communities to help provide individuals with the confidence, skills, attributes and abilities which will enhance their employability prospects.”