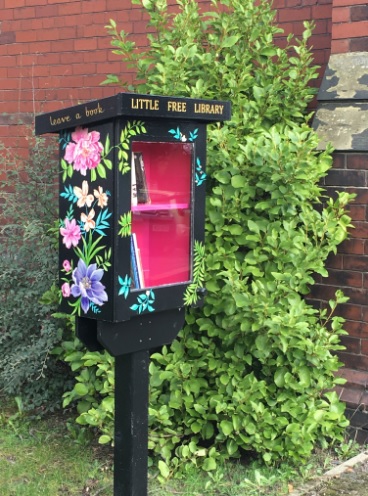 A community fundraiser to buy children’s books in different languages in Armley has smashed its fundraising target.

More than £100 has been donated to an appeal to buy the books at the two Little Free Libraries based in Armley.

The libraries are totally free flowing book-exchanges. Each library takes the form of a small cabinet on the side of the street. Each cabinet holds around 40 books, and for absolutely no cost, anybody is free to borrow or donate them.

“Being able to speak multiple languages is a gift and a skill, and we’d like to support families whose children speak a language other than English at home by providing children’s books at our Leeds Little Free Libraries in Armley.

“We are a thankfully diverse community in Armley and we’d like to improve the inclusion of our young people that speak different languages at home by providing these children’s books for free. This is a particularly important resource for families while many cheap sources of books (such as charity shops) are still closed due to coronavirus.”

Ms Wilson said they would be be placing an order for the first batch of books in French, Polish and Arabic this week.

All monies raised in this round will be used to purchase books in different languages suitable for children and placed in either of the Armley Little Libraries (Interplay on Armley Ridge Road or Stanningley Road.) The volunteers had originally hoped to raise £80.

You can still support the appeal here.