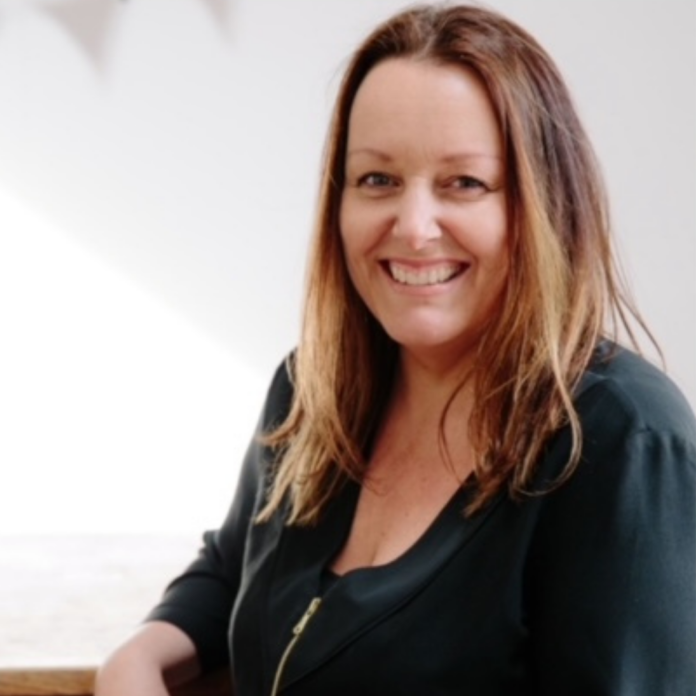 In a new series for West Leeds Dispatch, Amy Downes is going to be turning the spotlight on local business owners, looking at how they have not only survived the last difficult 12 months, but thrived by growing adapting the services and products they offer.

In honour of International Women’s Day, Amy thought she’d start with the incredible story of a Farsley business-woman: Kate Park.

Like many small business owners across West Leeds, and indeed the UK, Kate Park’s Twice Fired has faced some huge challenges during the past year.

The fused glass studio, based in Farsley, had been set to have their best year yet in 2020, with large orders placed by, among others, The National Trust, a Michelin Star restaurant in London and the Millennium Gallery in Sheffield.

“We’d made things for them and, obviously, Sheffield went into tier three before we did, so there was no way of retrieving anything before Christmas. All those things we were a massive financial loss,” Kate said.

Kate couldn’t let the pandemic destroy the business she is so passionate about, so she looked at what she could offer as an alternative to their usual offerings of sales through shops and face-to-face workshops.

“There was no point just thinking, ‘Oh, well, that’s rubbish’. There had to be something we could still do.”

Kate looked at increasing their online sales and quickly set to work improving their website. But she also opened an Etsy site, something she hadn’t considered before. Amazingly, they quickly hit 1,000 sales and found their business was growing fast.

“That was brilliant as it meant I could keep that side of the retail going and reach new customers. We’ve had loads of repeat customers from that, so that’s been really good.”

But it was the workshops that were most important to Kate; as a former teacher, teaching was where her true passion could be found. And it was her loyal collection of customers that directed her to an idea for a new product that would allow her to keep a version of the workshops going. She said:

“We had lots of lovely regulars who lived locally, asking me to put some bits in a box and leave it at the gate for them to pick up. I realised this was something I could do a bit more of, but obviously the works got to come back to me to be fired in the kiln.”

And so, her ‘make-at-home’ kits were born.

“To start with, it was just a collection, local people when they were out for their daily walk would come and get a box, then bring it back to me and I finish it in the kiln. But I was sure I could do this in a bigger way.”

Kate experimented with different boxes to post the kits in, different ways of packaging the glass, and sealing the glass so it was protected. She then road tested it with family and friends, before making some tweaks and ensuring it was perfect to offer the public.

The right idea at the right time.

It was then that retailer John Lewis picked up on Kate’s kits and, having been accepted onto their Creative Makers programme, Twice Fired products began appearing in their stores.

“We were really excited because it just gives you that little bit of credibility. I’d gone from a takeaway box that I was leaving at the bottom of my drive, to quite quickly a product that’s being sold in places like John Lewis.”

Within just four weeks, she had made £3,000 of sales, a figure that would undoubtedly have been even higher had the shops been open for longer. Modestly unaware of what an innovative and brave business-woman she is, Kate insists the were really lucky to find this success:

“We hit a product at the right time and it took off, massively. As quickly as I could get new designs out there, people buying them and we were getting lovely feedback and reviews.

“Because of the medium that it is, you don’t have to have any experience in the field and we had so many families doing it together. Not just in one place, but also them being able to do it with another part of the family in another place.

“Sharing experiences like that was great, we had knockdown Zoom birthday parties, Prosecco nights, all sorts. I was sent photos of groups of ladies making Robins all over the country, all together and at the same time.”

Financially, of course, it was a great relief for Kate that they had found a way to grow her business through such a difficult time.

When I first started doing it, it was just to keep in contact with our lovely shoppers, I just wanted to keep that relationship alive. Then it started to take off and I felt very lucky that things were going so well, this kept our heads above water.

“I think the pandemic helped my business. I always try to spin many, many, many, plates, and I would never have ‘paused’ one part of my business to build another. So that forced stop meant I could just focus on one part, get it running to a point where I can also then on to another part that I can continue to develop.”

“A lot of the projects, like the restaurant, have been in touch and said they still want to work together. I’m seeing all these things as ‘paused’.

“Sky TV have even got in contact to go on a craft channel. I’m down at Peterborough filming live workshops!

“We would love to welcome people back to the workshops and we have another new project that we just did a delivery to yesterday. But I think the kit side of it has legs and we’re looking to extend on that.”

Kate thanked her customers who have supported her through the pandemic, saying she owes all her success to them.

You can read more of Kate’s story in new online magazine, Sparkle Up North. If you are a West Leeds business woman and you’d like to be featured in this and as part of her series for West Leeds Dispatch, check out their website or email them on sparkleupnorth@gmail.com.
Or you can follow Kate on social media: Twitter and Facebook.