“[This weekend] was the annual ‘Free Hanging Basket’ day in Little Moor Top in Armley. For those of you wondering it’s by Malcolm’s appliances & opposite what used to be the Barleycorn pub.

The sun shone and the trustees of Armley Common Right Trust set up the little moor with bags of soil, pot plants, hanging baskets for residents of Armley to come make their own. 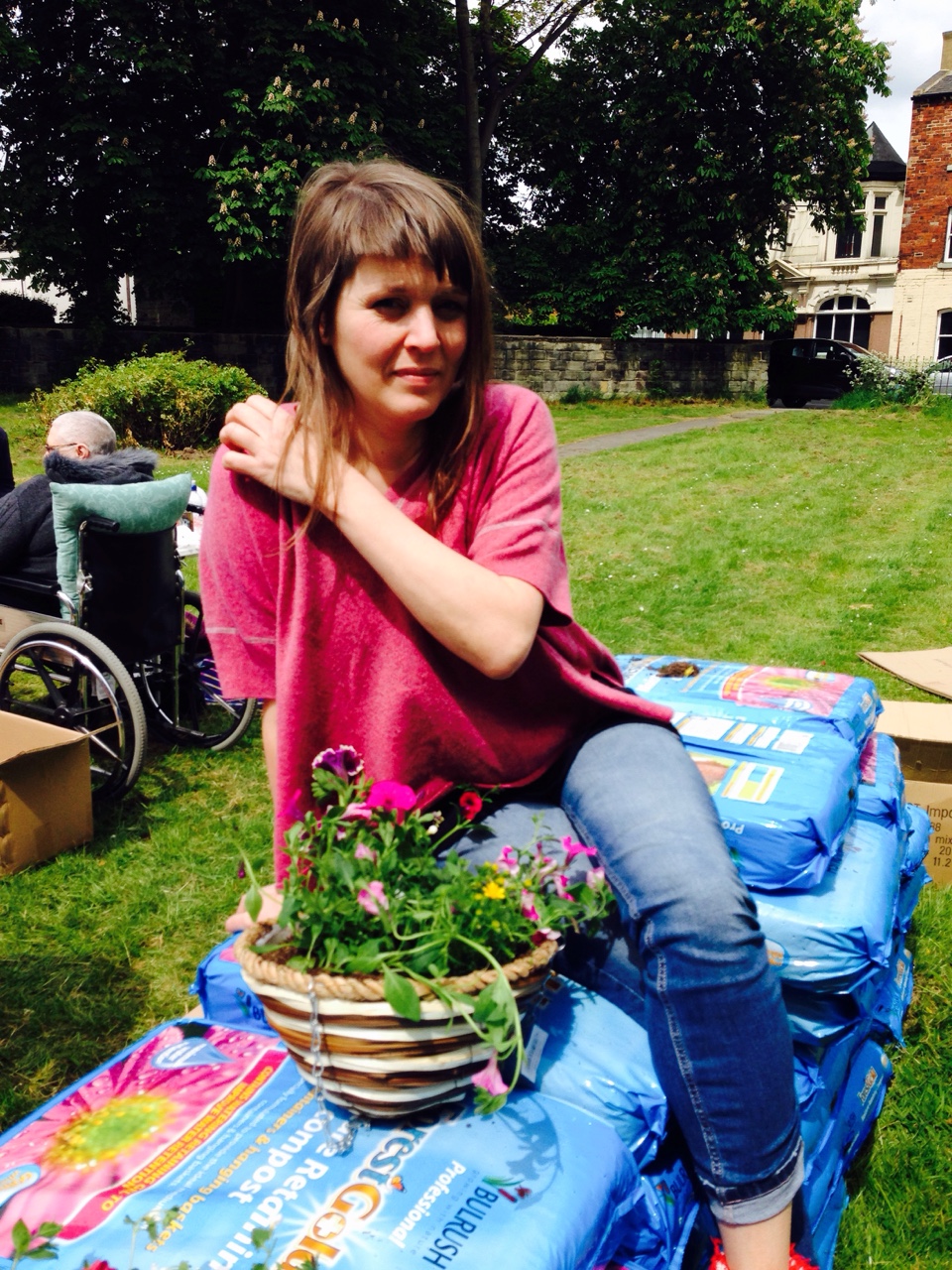 I took 2 verdant beauties away, helped no end by those more green fingered than me. I spent a good hour catching up with a variety of Armley folk chatting about recent news, the call for consultation on Armley Town Street, and the notion of neighbourhood planning. We joked about the lads smoking weed in the corner of the little park and how the Barleycorn pub had finally met its end after a drugs bust too far.

“We also chatted about secret back room bars and the desire for a big arty old cafe in Armley.

There are really good people living in LS12 as I’m sure there are everywhere. It’s a wonderful thing that we have the common land, and community stalwarts keeping these spaces for the people of Armley. Armley Common Right Trust welcome volunteers and would love to hear from you if you’d like to join in weeding, mowing, cleaning and planting.

Say hello on the Facebook page and they’ll let you know when the next meet up is. In the meantime of you are accessing one of the spaces feel free to pick up any litter you see & pop it in the bin!”

* By ‘free’we mean you could also offer a donation if you wanted/were able.