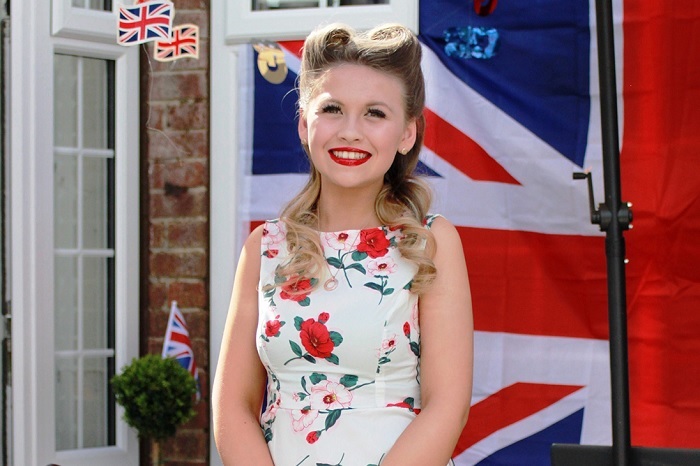 A Farsley 14-year-old is one of eight winners in a national awards scheme run by Rotary.

The Rotary Young Citizen Awards celebrate the amazing achievements of inspirational young people, under the age of 25, across Great Britain and Ireland, many of whom have assumed important responsibilities at a very young age.

“This year’s winners include those who are currently volunteering, helping the vulnerable and homeless during the coronavirus pandemic and one who is working on the frontline as a support worker in a care home.”

Singer Jessica May Frost, from Farsley, is one of the winners after being nominated by Rotary Leeds.

Jessicca was in and out of hospital from the age of two, with a range of development issues from walking and talking to fine motor skills. Her social skills were affected leading to her becoming introverted.

She was found to be suffering from Ketotic Hypoglycaemia, where her blood sugar levels dropped to extremely dangerous levels and only hospital intervention could get them back to normal.

Her singing started as a hobby recommended by Leeds Child Development Team after noticing that although she struggled to speak, she could sing whole songs and pick them up very quickly.

Jessica and her family received lots of support from doctors, nurses and specialists which is why she now raises funds and awareness with her singing performances for the foundations, charities and events that help local children, including children’s hospices.

Earlier this month Jessica performed her planned VE Day mini-concert live on Facebook raising £1,300 for the RAF Benevolent Fund, as her neighbours watched on and held a “socially-distanced” street party. She said on her Facebook page:

“I am so honoured to receive this wonderful young citizen award. It was such a surprise when I found out that I was one of the chosen eight national award winners.

Her award has been welcomed by her school, Leeds West Academy. Miss Kurij, Curriculum Leader of Music, said:

“I nominated Jessica for her amazing talent in singing. As her music teacher I have seen her talent flourish over the years, through performances within school, but also in her commitment to performing for various events and charities.

“As her form teacher I have seen her do all of this in addition to keeping up with her studies. I am very proud of all of Jessica’s accomplishments.”

The eight winners are scheduled to be interviewed on BBC News Channel’s ‘Afternoon Live with Simon McCoy’ programme each day this week.