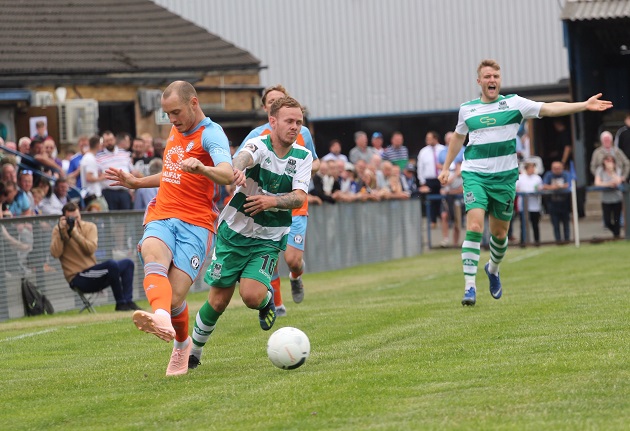 Farsley Celtic were defeated for the first time in the build-up to the 2019/20 campaign, losing 1-0 in a hard-fought game to FC Halifax Town.

Josh Staunton’s early goal proved to be the difference between the sides, however Adam Lakeland’s side more than matched their higher-ranked opponents for much of the match. 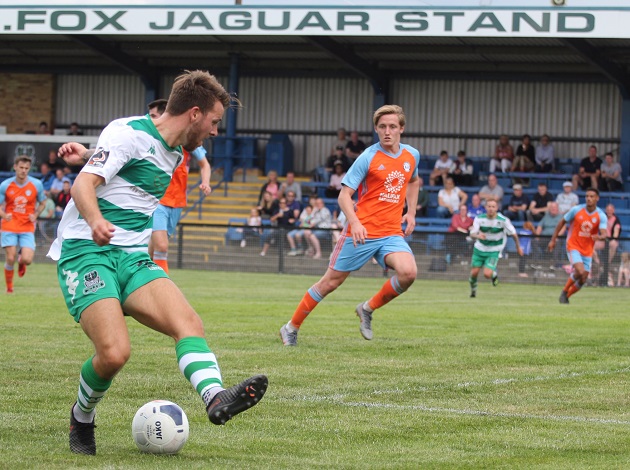 Farsley, captained by Adam Clayton as Danny Ellis was on the bench, thought they had taken the lead inside five minutes when Nathan Cartman turned home a superb cross from Will Hayhurst. But referee Akeel Ahmed adjudged that Cartman had used his hand to control the ball, and disallowed the goal.

After 10 minutes National League side Halifax made the breakthrough, as Josh Staunton got free in the box to head home Jack Earing’s corner from six-yards out. 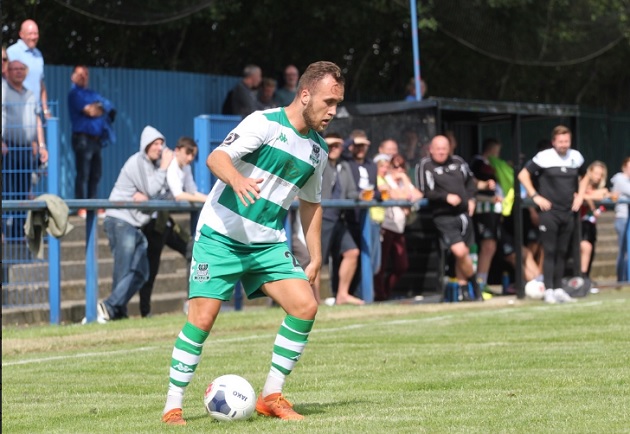 After Farsley had a couple of half chances, the visitors had a great chance to doubled their lead. Staunton was once again picked out by Earing in the box, but this time the defender’s first-time strike was saved low down by Elliott Wynne.

Shortly after the interval Wynne had to be at his best to prevent the Shaymen adding a second, reacting quickly to save at the feet of Tobi Sho-Silva after he latched onto Clayton’s back pass, before he was able to push away Earing’s follow-up. 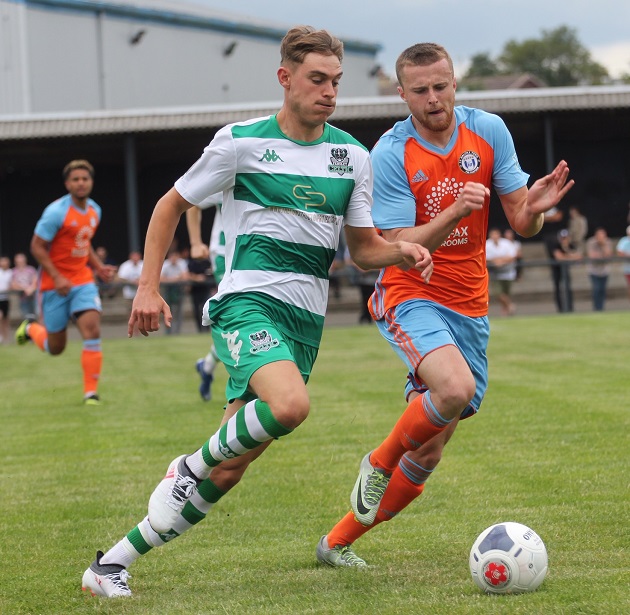 Just minutes later Ben Atkinson had the best chance to draw the Celt Army level, Cartman cleverly allowing Chris Atkinson’s pass to run through to Ben Atkinson, who fired into the side netting from 15-yards out.

Halifax then had an excellent opportunity to finish the game off when Jamie Allen was put through on goal by Cameron King, however Kwame Boateng raced back and made a terrific challenge on Allen as he prepared to shoot. 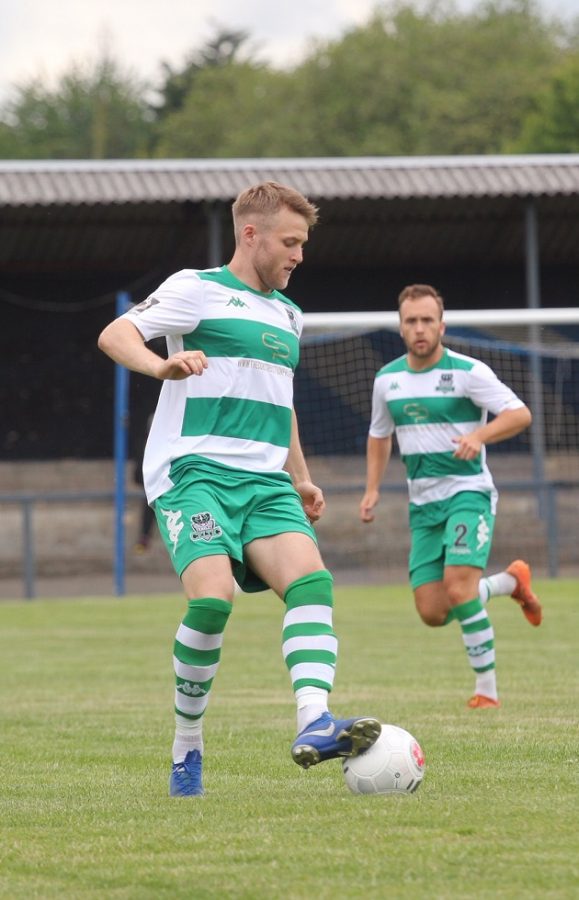 With five minutes remaining Farsley had the ball in the back of the net again as Danny Ellis headed home Hayhurst’s delivery, but once again it was disallowed, this time for a push by Ellis.

Despite a strong spell of pressure in the closing moments from Farsley, the visitors were able to withstand the Farsley onslaught and hold on to a victory in their opening game of pre-season.