Do you have information on a Pudsey soldier who died aged 21? 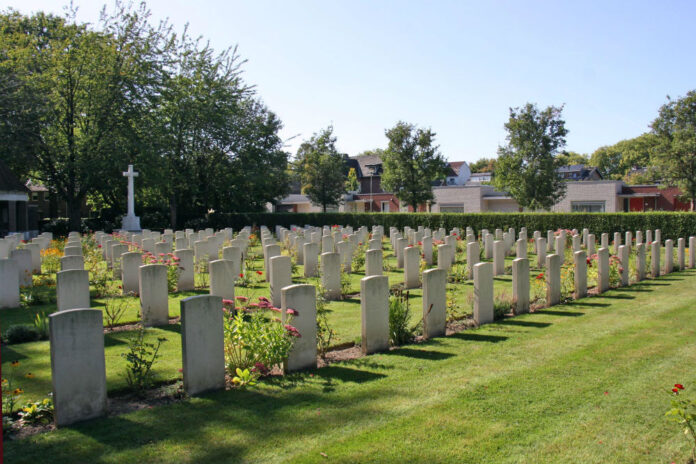 Information is being sought about a Pudsey soldier who died during the Second World War.

More information is being sought about Private Arthur Irwin Allen by Floris Hendrix, a young man from the Netherlands who is looking after his grave.

His father, Charles, was 29, and his mother Annie, was 28. Arthur had a sister, Marjorie, and brother called Peter William.

Arthur was on active service at this point and soon found himself mobilised as part of the Allies’ drive from France into Southern Holland around Maastricht.

He was killed in action serving with the 7th Bn Cameronians (Scottish Rifles) on 19 January 1945 at the age of only 21, and was buried at CWGC Sittard War Cemetery, Limburg, Netherlands.

He was one of 46 of his comrades who died in the fight to liberate this area of Holland between the 18th and 23rd January 1945, along with the rest of the 52nd Lowland Division clearing the salient west of the River Roer in terrible conditions of extreme cold.

Floris Hendrix, who lives near to the cemetery, is caring for four graves including that of Private Arthur Irwin Allen. This is part in a scheme that runs across a number of European countries who were liberated with the help of British forces in 1944-45, where young people are encouraged to assist in the care for the graves of heroes killed in action and buried in their countries.

The schemes are supported by the Commonwealth War Graves Commission (CWGC) and the national governments.

Floris would like to contact relatives and find out more information about the life of Arthur and also acquire a photograph of him to add to his community’s tributes to their fallen liberators.

To help Floris’s work and the research project can anyone with information about Arthur please contact pudseywwoneinfo@yahoo.co.uk.