Comment: Could the inspiration to improving Armley’s back alleys lie in Middlesbrough? 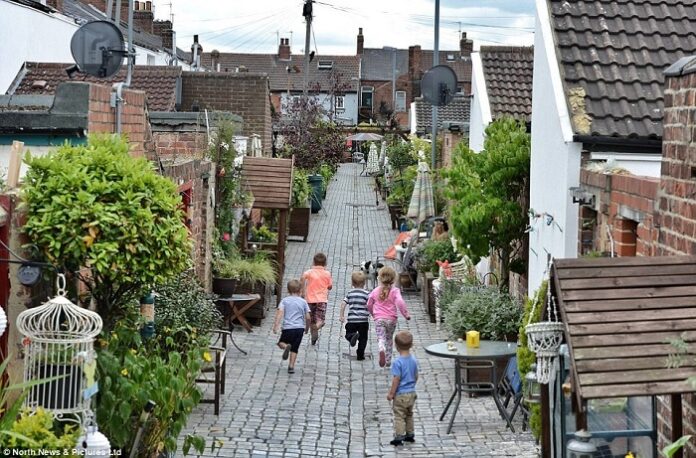 It’s an idea that’s been causing some discussion over on the Armley Good Stuff Facebook page, writes John Baron.

Up in Middlesbrough there’s been a lot of innovative work been done to make more inner city alleys greener, cleaner and friendlier.

The ‘Alley Makeover’ idea comes from the executive mayor of Middlesbrough, Andy Preston.

Building on recent great work by local volunteers and local groups he wants to help residents transform 20 to 30 alleys over the next 12 months. The spiel sounds appealing:

“If you’re a resident and want your street’s alley to improve then get in touch – we can work together and make it happen.

“What we need from you is the will to help change things and know that you’ve got some like minded volunteers.We’ll help to coordinate your project, round up some more volunteers and help with any costs involved – including money for paint, plants and alley furniture.”

The project sounds fairly simple. For each alley a resident ‘Champion’ will be identified as the lead for their alley. Each Champion will link with local residents in their alley to help them put forward their ideas for improving their alley.

Inner city areas in Leeds like Armley, Holbeck and Beeston have struggled for decades with neglected bin yards and alleys.

This initiative in Middlesbrough would easily translate to Leeds. As one Armley resident said:

“This looks wonderful. It gives the place a sense of pride and hopefully teaches the little children to respect growing things even if they only have a small back yard it can all still be beautiful. Congratulations to all concerned with this project. Great community spirit.”

“Our community spirit came back through lockdown, let’s use it not lose it. Armley is lost, let’s find it, let’s make it sparkle and shine again. Start with the rubbish. If it will go in a bin don’t walk past it pick it up, sweep up outside where you live ,if the council can’t do it we can just a simple thing by keeping you street clean. It’s a start.”

It’d be great if some community-spirited individuals in Armley thought this was a good idea and started to natter their local councillors to try make this a reality in West Leeds. Or even start something going themselves.