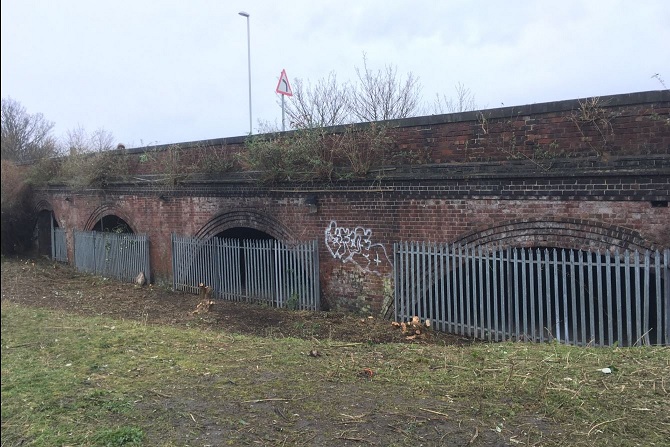 A charity has hit back at claims it has damaged a natural habitat in Armley.

Both the Canal and River Trust and Leeds City Council came under fire on social media over the weekend after clearing a site at Skinner’s Yard, next to the Leeds Liverpool Canal.

Some brilliant work completed by our colleagues @CRTYorkshireNE removing these bushes from the tow path off Canal Road #Armley with some assistance with waste removal from the Clean Leeds team. Looks great! @armley_lou @JamesMc41033037 @Alice_Smart @WLDispatch pic.twitter.com/FrdBl2GWgt

They criticised the removal of natural habitat for insects and birds, saying the bushes and scrub area provided an important haven for wildlife.

But a Canal and River Trust spokesperson said there had been a misunderstanding about their work on the site. In a statement, they said:

“The site is currently creating a setting for anti-social behaviour and our intention is to change things around so that, working with Leeds City Council, CleanLeeds youth groups and local artists, we will create a safer wildlife haven and creative space next to Leeds & Liverpool Canal for all to enjoy.

“We have planned the site clearance early enough in the year to avoid disturbing nesting birds.

“Although we don’t like losing scrub cover like this, it is necessary to provide access to make safety improvements to the arches behind and is only a temporary measure.

“We will be allowing the buddleia to grow back and planting a wildflower meadow to encourage the return of pollinators and wildlife at the site.

“In the long-term, this will provide a habitat where wildlife can thrive, yet discourage some of the anti-social behaviour including drug use that the current site layout attracts.

“Local artists will be working with young people from West Leeds to create murals for the archways that will be attached to the railings as part of our art trail along the canal.

“Importantly these murals will prevent access to the archways which have a dangerous drop into the River Aire and will greatly improve public safety at the site.”

Work has begun already at Skinners Yard! We have our @CRTvolunteers and West Leeds Youth Service out cleaning up this area and making it a nicer place for everyone to enjoy the water! pic.twitter.com/dbGzkVy74d

The Canal and River Trust carried out the work with support from Leeds City Council and West Leeds Youth Service. The project is due to be completed by the end of this summer.

After the Trust published the statement, commenter @fir_twee added:

“Thank you for addressing the issue. I hope all who have taken part in the clearing of the site weren’t effected by the amount of vitriol in the comments section. 500+ comments is too much and the name calling was out of order.”