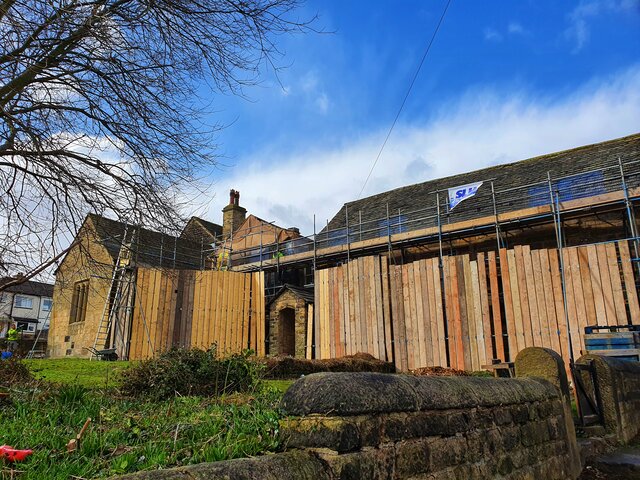 The Landmark Trust, which owns the historic Calverley Old Hall, has launched a major appeal to help restore the hall and its grounds.

The Trust has already raised more than £2million and now needs to raise a further £427,000. This is to support a major grant bid to the National Lottery Heritage Fund, which they hope will support the works to the hall, part of which dates back to the 14th century.

The Landmark Trust owns a number of historic properties, which are used as holiday accommodation. The cottages attached to the hall have been a popular destination for visitors for a number of years. Following an international competition where architects were asked to show how they would restore the hall, the plans were shared with local people at a series of open days.

As well as renovating the hall to showcase and restore original features for the rental accommodation, the Trust will also create a community room and offer events, open days and workshops to showcase traditional craft skills and encourage community engagement.

They are looking for volunteers and participants to help with research, creative content and practical work on site. They particularly want to hear from young people interested in computer (game) design. This follows laser scanning of the whole site with the aim of digitally recreating Calverley Old Hall through time.

Work has started on the hall and has already uncovered very rare Tudor wall paintings, hidden behind early 20th-century lath and plaster.

The Grade 1 Listed Building is on the Heritage At Risk register. As reported by our historian Mark Stevenson, it has a dark past, with the murder of his two small sons by Sir Walter Calverley in 1605.

More recently the hall was divided into accommodation and workshops, with part of it operating as a farm. Part of the lodging block was destroyed by fire in 1977. The property was bought by the Landmark Trust in 1981.