A £10,000 package of measures to tackle inconsiderate and dangerous parking in the Calverley and Farsley Ward has moved a step closer to reality.

Leeds City Council has agreed  to advertise a raft of proposals across the ward which could see new double yellow lines introduced where local residents have raised issues with poor junction visibility, congestion and obstruction to the public highway. Affected roads include: 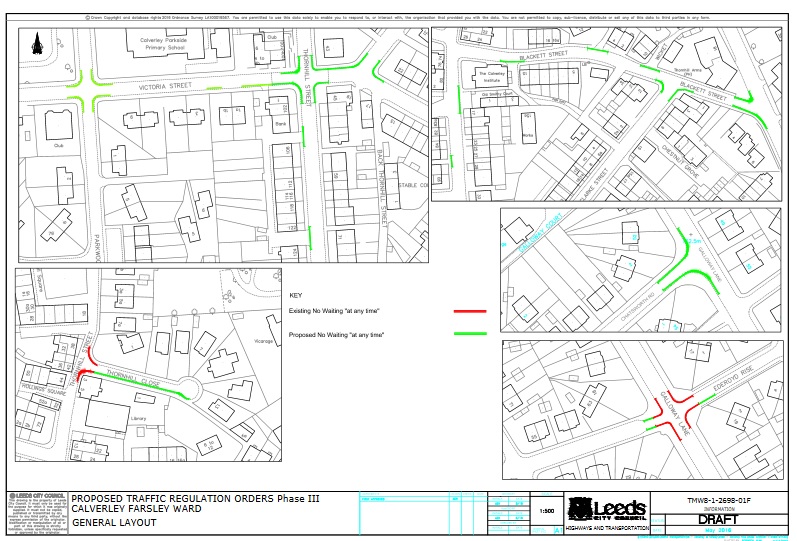 A no waiting at any time and a permit parking package would be introduced on Coal Hill Lane in Farsley.

A council report says the sites have been earmarked for attention by ward councillors Andrew Carter, Rod Wood and Amanda Carter (Cons). It adds:

“By removing indiscriminate parking it will provide clear sight lines thatwill provide a safer environment for pedestrians when crossing the highway especially parents with young children, the elderly and people with mobility issues.”

The improvements will be funded by section 106 money gathered from developers by the council following  housing being built at Farsley Celtic Football Club and a residential development at Upper Carr Lane.

A draft traffic regulation order for all the sites will be advertised and, if there are no objections, the schemes will be implemented.