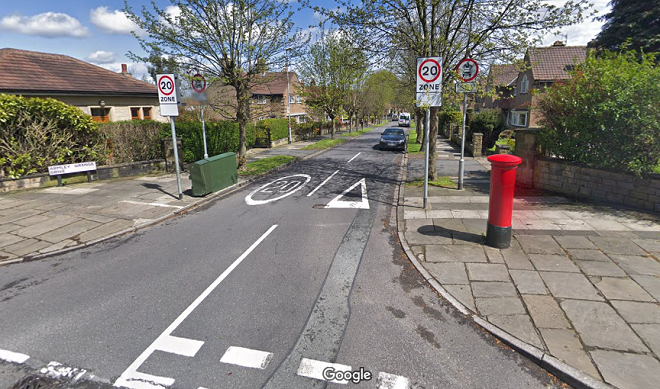 A group of Armley residents are calling for an end to problems with rat running drivers in the area.

Trish Kempster says she has been campaigning for measures in the Armley Grange Drive area for around 19 years without getting anywhere – but recent developments have left her more optimistic that action might be taken.

Mrs Kempster said the noise of speeding traffic cutting through Armley Grange Drive between Green Hill Road and Stanningley Road was affecting her. She said:

“There are times when I have got no quality of life because of it. It’s mainly the noise, as well as the speed. I would like to see the top of Armley Grange Drive blocked off, not everyone would approve, but I think it would put an end to the problems. People could still exit onto Stanningley Road.”

“A meeting of residents and local councillors took place on Armley Grange Drive, the purpose of the meeting was to assess the traffic using the estate as a rat run.

“The highways engineer listened to views put forward by residents and along with Councillor James McKenna toured the estate with comments and suggestions from residents. It was noted that the police failed to attend.”

The residents are due to voice their concerns at the next Armley Forum community meeting later this month.

Mrs Kempster hopes the road will be blocked off for a trial period initially, but expressed concern that multi-million plans to transform the A647 Stanningley Road to give buses priority could lead to more queuing traffic and more rat running.

As reported by The Dispatch last month, Conservative councillors Andrew and Amanda Carter (Calverley & Farsley) expressed concerns that the bus priority measures will make living alongside it more difficult and lead to greater rat running.

“We all share the desire to see a mass transit system in Leeds or beyond. While we work with West Yorkshire Combined Authority on new proposals to determine what this could look like, we remain committed to investing in bus travel for the people who live and work in our city.

“Making bus journeys faster and much more reliable is crucial to creating a shift from people using cars to buses. The A647 sees bus delays that impact on people’s lives making it hard to get to work on time, make important appointments or plan journeys with any kind of reliability. This scheme will make a positive difference to people travelling by bus.

“This scheme underwent significant consultation and looked to address residents’ and business concerns over parking as much as possible while still making the very necessary improvements to the corridor. Many sections of bus lane will be restricted to peak hours only to allow for resident and business parking on the highway outside of these hours, including in Calverley and Farsley.”