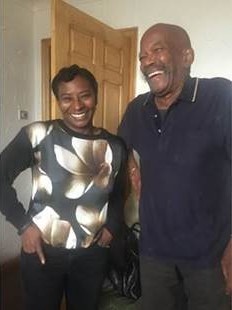 Today marks the 70th anniversary of the Empire Windrush arriving at Tilbury Docks in Essex with 1,027 passengers starting their new lives in Britain, writes Evie Whitaker.

Bramley resident, 92-year-old Alford Gardner, was a passenger on the ship 70 years ago, arriving in the UK after borrowing money off his father for a ticket.

Seven decades later, Gardner lives in Bramley, with his eight children, 16 grandchildren and 21 (he thinks) great-grandchildren all living nearby. He is happy with his decision to move to the UK.

Despite facing some difficult times in the UK, Alford told the Guardian:

“If I could start over, I would do everything the same.”

In celebration of such a special occasion Alford today attended a thanksgiving service at Westminster Abbey and met Prime Minister Theresa May at 10 Downing Street.

This historic event in 1948 brought the first large number of Caribbean migrants to the UK to aid the rebuilding of the UK after WW2. During today’s service Alford and many others like him will be celebrated for their great contribution to the UK.

Leeds’own Phoenix Dance Theatre also attended and performed Windrush: Movement of the People at the Port of Tilbury.

“We are honoured to bring this story home to Tilbury Docks. We will keep this vital piece of history alive.”

The service of thanksgiving took place between 12pm and 1pm today at Westminster Abbey.