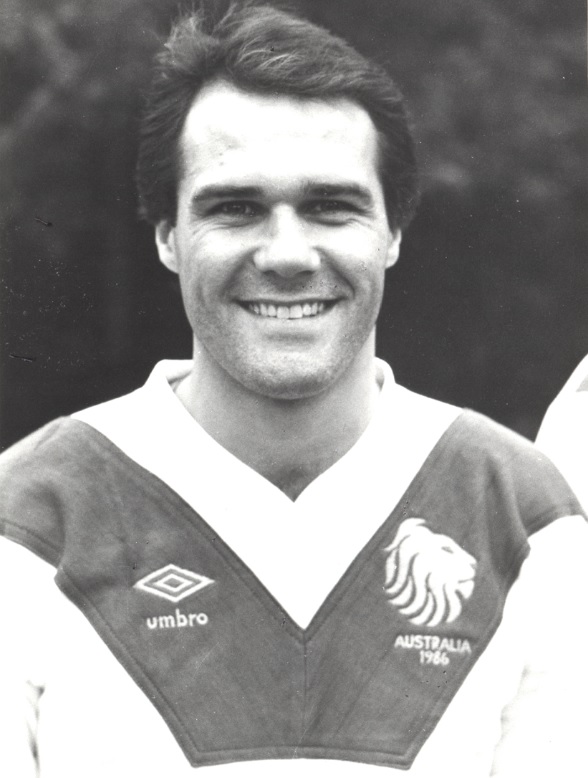 Can a player who only made 44 apperances for the club, be classed as a legend? writes Paul Abraham.

In Andy Mason’s case he can!  After representing Yorkshire County Rugby Union on a number of occasions Bramley acted swiftly and fought off many bigger and richer clubs to sign Andy for a club record signing on fee.

Andy made his debut in the black and amber on February 3rd 1985 in a 12-19 reverse at Batley playing at right centre.

His first try for the club was when he made his first appearance at stand-off in the 16-19 home defeat to Dewsbury.

Quickly adapting to league and Andy showed what he could produce when he outpaced the Whitehaven team three times to post his first Bramley hat-trick in a very impressive 32-4 home victory.

A week later he scored again, this time in a 14-26 home loss versus Swinton.

His pre-match warm-up of jogging alone around the pitch for 10 minutes was now something the Bramley faithful looked forward to seeing.

During April Andy crossed the whitewash five times in three matches, a try at Swinton in a 10-18 reverse and then a brace of tries in his next two matches, a 30-10 home victory against Doncaster and then in an exciting 22-18 win at Blackpool Borough.

Andy ended the season having played 13 times (10 at right centre and 3 at stand-off) and had crossed for an impressive ten tries.

Season 1985-86 saw Andy get off to a flying start scoring tries in the first three games of the season, nail-biting victories at home to Batley (14-13) and at Doncaster (16-14) with an 18-20 defeat at Mansfield sandwiched between.

A  Yorkshire Cup victory (22-10) at home to Doncaster  brought him another try.

Tries at home to Fulham (lost 24-42) and in victories at Runcorn (31-29) and Fulham (20-18) and Andy was starting to be watched by many first division clubs especially after scoring for Yorkshire in the War of the Roses match and also being selected as 18th man for Great Britain in the first test match against Australia at Old Trafford.

Tries then followed in the 16-7 home win against Huddersfield followed a week later in a 6-19 defeat by Wakefield at McClaren Field  and a 14-12 victory at home to the Sheffield Eagles.

The match at league leaders Whitehaven in the beginning of March is classed as one of the best Bramley performances in their history for those fortunate to have travelled up to Cumbria to witness it.

After conceding early tries, Bramley then clicked in to gear with Andy and Peter Lister both giving exceptional performances as the Villagers smashed the Whitehaven side by 38 points to 14.

Despite not scoring, Andy shone the following week in a 20-20 RL Challenge Cup first round draw at First Division Bradford Northern.

A 46-10 thrashing of Keighley at home brought Andy another brace of tries and he then scored two tries in a hard fought 20-15 home victory at home to Blackpool Borough, these would be his last tries in a Bramley shirt.

Andy’s final match was on the 18th April when Bramley defeated Mansfield at McClaren Field 46-20.

A big money transfer ten took Andy to Leeds, but despite the short stay he left the Bramley faithful with some amazing memories.