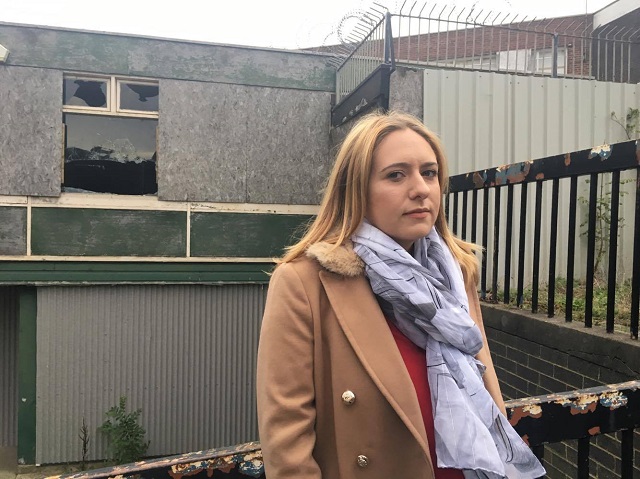 Leeds West MP Rachel Reeves has said an arson attack at a former medical centre in Armley should be a ‘wake up call’ for the council to take action over unsafe empty buildings.

Two crews from Leeds Fire Station were called at 3.30am today (Tuesday, February 20) to reports of a blaze at the derelict former medical centre at the junction of Theaker Lane and Town Street. The empty building, which is the subject of a planning application to build 15 flats, has become a haven for anti-social behaviour.

“Despite alerting Leeds City Council Planning Department on numerous occasions about the state of the old Theaker Lane Medical Centre nothing happened to keep it safe and secure.

“There are many abandoned building across Armley which I have also asked the council’s planning department to secure or bring back in to use.

“This needs to be a wake up call to the Planning Department to secure buildings and enforce rules to ensure landlords keep their properties safe. Unless this happens more arson attempts are surely inevitable.”

Her calls have been backed by Armley councillor Alice Smart (pictured above outside the former centre last year). Cllr Smart tweeted:

“The @ArmleyLabour councillors and @RachelReevesMP are extremely concerned about this. The site has been left vacant and unsecure for too long and is a danger to the public. Action needs to be taken as soon as possible.”

Cllr Smart expressed her concerns about the safety of Armley’s empty buildings last year, after 14-year-old Myles Johnstone was killed at an empty warehouse off Wyther Lane, Bramley, and another boy was injured at the disused Pennine Castings factory off Modder Lane.

Last week council planning officers published a legal agreement with Stanningley-based developers WTS Armley Ltd. The developers will pay the council £47,715 in lieu of provision of greenspace on the land.

The council has yet to reach a final decision on the plans for the site, which can be viewed in full here.

In summer 2016 there was substantial local opposition to SR Design’s proposals to build a 22-bed hostel with six kitchens on the site. The plans were withdrawn in October 2016.