All Together Armley group aims to revive Town Street

A public meeting has adopted a plan to revive Armley Town Street – and formed a residents’ group to help reclaim the troubled area. 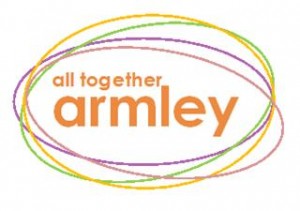 All Together Armley is made up of local residents and local councillor Alice Smart. The group determined to improve the fortunes of Armley Town Street, which has been blighted by anti-social behaviour and problems including fly-tipping and graffitti.

Yesterday evening’s packed public meeting was called by Leeds West MP Rachel Reeves and heard the group had so far met five times – and had come up with a plan to help improve the area.

Ideas in the plan included:

It was agreed to explore possibilities of doing both.

2. Setting up a resident-led Armley in Bloom Group

in conjunction with the Armley Common Right Trust to plant floral displays and take a pride in the area. Local businesses could help fund displays and improve Town Street’s appearance

It was suggested getting the probation service on board to help with clean ups. Police should be more pro-active in prosecuting offenders.

This would be achieved by introducing following in the footsteps of Headingley and Chapel Allerton and introducing what’s called a Cumulative Impact Policy, which will make it more difficult for businesses to successfully make applications for off-licences to sell alcohol. A consultation on setting a policy up in Armley will take place after Christmas.

8. A campaign to encourage people to use local businesses

9. Local business should engage more with the local community

Armley Mosque and Eastern European group POMOC will be members of All Together Armley.

The importance of better promotion of Town Street was also highlighted.

The plan follows a summer-wide consultation on the future of Armley Town Street and an initial public meeting in September.

“I don’t think it is too much to ask to be safe on Armley Town Street but I know a lot of people have concerns about this. It should be an area we all feel proud of. It’s up to the group – and everybody here – to take this plan forward.”

Concerns raised by residents included the need for more activities for youths, racism, rats on Theaker Lane clinic site, the need for better variety of shops on Town Street, upper Town Street being neglected with the Loony Bin shop falling into disrepair.

“It’s important for people to continue to be involved and not lose momentum and let it dissipate. Our next meeting is here at 6pm on 30 November and then we can start to see what we can change on Town Street.”

Exciting conversations going on after #Armley Town Street meeting – a feeling that there’s lots to look forward to! pic.twitter.com/urRsL1UBA0