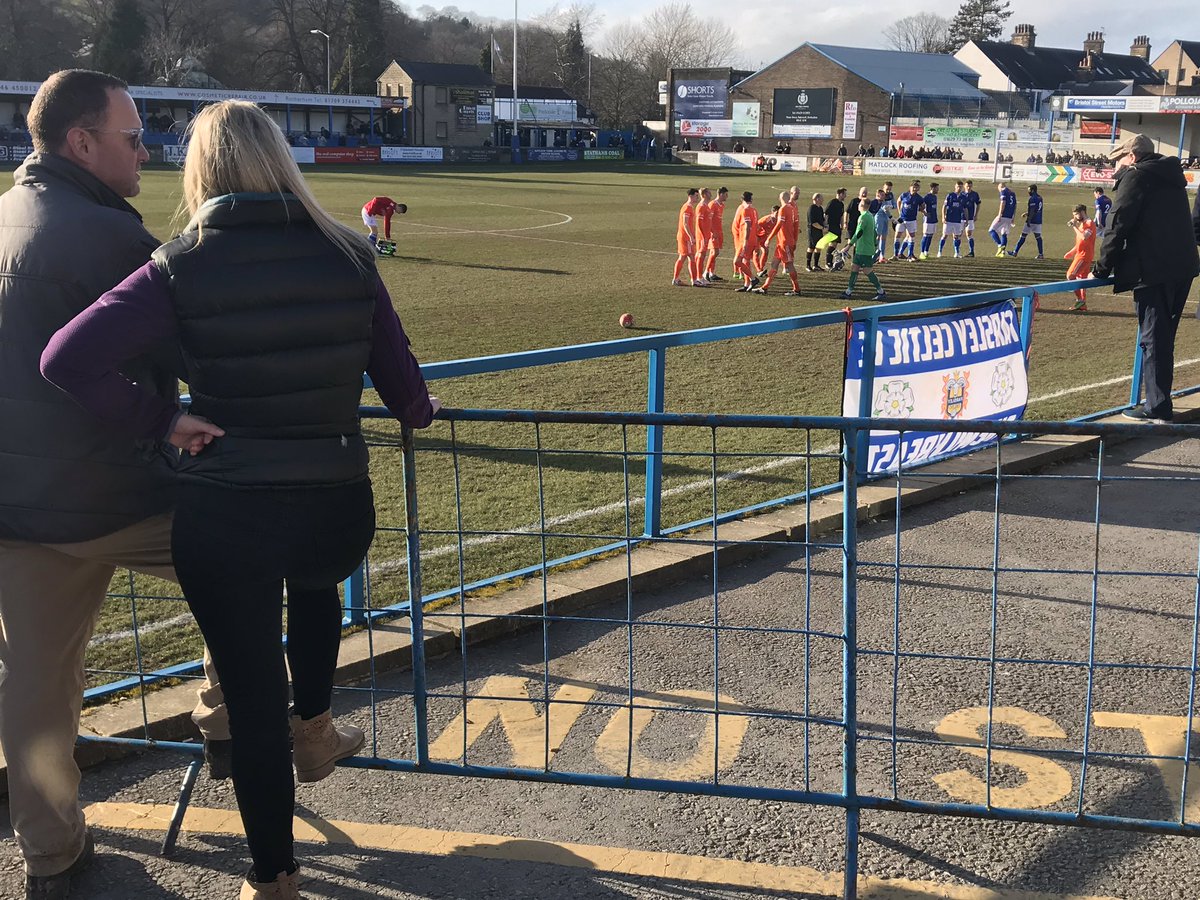 Comeback kings Farsley Celtic kept their place at the top of the table with a late winner at Matlock, writes Thomas Ritchie.

Jonny Margetts had given Matlock an early lead, before goals from Will Hayhurst and Jack Higgins turned it around.

“We knew it was going to be a harder game today than Tuesday night was.

“When we saw they were likely to play with a back five that surprised me a little bit, it showed us respect which I suppose is the nature of being near the top of the league.

“Big players step up, and Will Hayhurst smashed one in the top corner, and we settled down after that and got better as the game went on.”

The hosts started the game on top, and after a spell of pressure took a deserved lead as Jonny Margetts got free in the box to head home Craig King’s corner.

Farsley were sparked into life by going behind, and midway through the first-half levelled as Will Hayhurst curled home a stunning free-kick into the top left corner from 25-yards out.

Nathan Cartman then came agonisingly close to giving the Celts the lead, as he headed Jimmy Spencer’s superb centre just wide from six-yards out.

On the stroke of half-time Farsley almost scored what would have been a crucial goal, as Cartman laid off Spencer’s cross to Dave Syers who drilled his first-time effort wide.

Farsley picked up where they left off at the start of the second-half, and it took a terrific block on the line from Chris Salt to deny Cartman after Ross Durrant had spilled Hayhurst’s cross.

After having a header from close range disallowed for offside, Jimmy Spencer was then denied again as his sweet volley was superbly saved by Durrant.

Kyle Trenerry was called into action midway through the second-half, as he made a great save from Chris Salt’s powerful header.

After Jimmy Spencer came close once again and Dave Syers had a goal disallowed for offside, Jack Higgins struck the decisive blow three minutes from time as he headed home Spencer’s cross from close range to spark jubilant celebrations amongst the Farsley faithful.

Well done boys, you did us proud today 💙💙💙 pic.twitter.com/tK1xFlyqjE