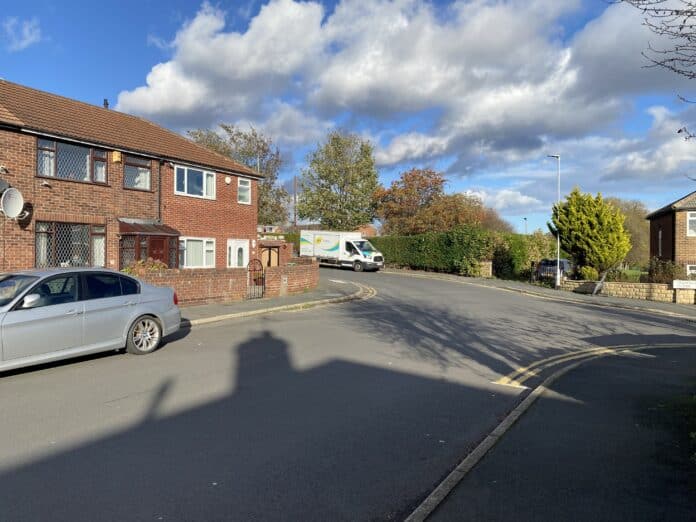 A planned road block to ‘help reduce traffic and speeding’ in Wortley has split the opinion of local residents.

Leeds City Council sent out a letter in mid October confirming that they plan to block the road just before the bend between Dragon Road and Highfield Avenue. Both of these roads are part of a ‘rat run’ from Dixon Lane to Whitehall Road which sees heavy traffic during peak times.

Some residents are in favour of the move. Peter Chapman of Dragon Road, said: “Between 7am and 9am people don’t slow down. They fly down the road and there are parents and kids walking down.”

Others who live and work on the road were not as keen to see access between the two streets be cut off.

Andrew Jessop is not in favour of the proposal. He is a carer for his mother who lives on Dragon Drive and his mother-in-law who lives on Highfield Close.  A journey that should take a matter of seconds would now take up to five minutes for him to get between the two houses he cares at.

Karen Collett, who lives on Lynwood Crescent, said: “I think it is ridiculous, I can’t see any benefits whatsoever.

“It will cause more traffic at Five Lane Ends. Doing this may cause a fatality.”

She did acknowledge that rat running and speeding is an issue: “Nobody does 20 miles per hour apart from the residents.” Karen believes that a form of traffic control would be better suited rather than a road block.

A number of locals felt that although the levels of traffic during peak hours and speeding cars are an issue, the bigger problem in the area is people using the streets for parking during Leeds United games.

Both Andrew Jessop and Maria Smyth, a resident of Highfield Avenue, suggested that a permit parking system should be put in place which would deter people parking in the area and blocking roads on matchdays.

Responding to residents’ concerns about what the plans are for Dixon Lane/Whitehall Road junction and Five Lanes roundabout due to the increased traffic the closures could bring, a council spokesperson said:

“Our traffic team constantly review all junctions for improvement, and prioritise junctions with the highest levels of incidents that result in serious injuries or loss of life. Though we recognise your concerns about Five Lanes roundabout and the Dixon Lane / Whitehall Road junction, we understand other junctions in Leeds are a higher priority for improvements.

“Additionally, based on the results of similar schemes nationally, we believe this scheme will lead some residents who are able to switch to walking and cycling for local trips to do so, which will reduce traffic levels along Dixon Lane and at both junctions.

“This scheme is a first step, and along with other improvements in our Connecting Leeds programme, we believe it will further make walking and cycling a more natural choice for local trips in line with the aims in our transport strategy.”