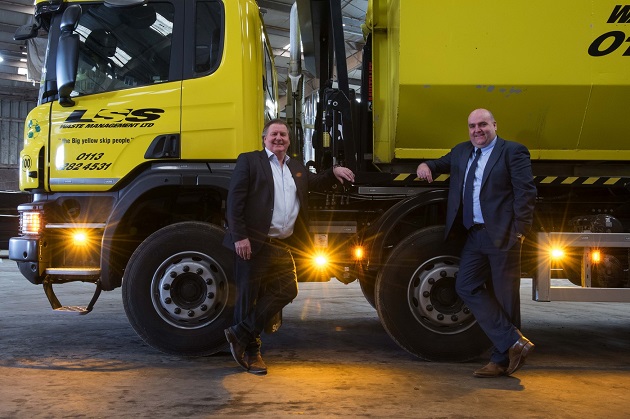 A Lower Wortley-based engineering firm which started in its founder’s shed has won a £250,000 contract to install its high-tech cyclist safety system across an entire fleet of 75 trucks.

SM UK, based off the Ring Road at Lower Wortley, was awarded the contract by Leeds-based waste management business LSS Waste

SM UK’s HALO package, which incorporates live-recorded CCTV, is designed to correct the blindspot that can cause collisions between cyclists and HGVs, particularly when a large vehicle makes a left turn.

SM UK managing director Steve MacDonald, who started the business from his garden shed in 2000, said:

“We have been developing the HALO system for two years now and, as more and more firms like LSS see the benefits of equipping their fleets with the technology, the roads are gradually becoming safer for cyclists, as well as delivering increased peace of mind for HGV drivers.”

“It’s a stressful and difficult job being an HGV driver so anything we can do to remove that stress, and of course to help make the roads safer, is beneficial.”

SM UK’s HALO system includes sensors fitted to the near side of the truck, activated when a cyclist or vehicle enters its detection zone.

Audio and visual warnings are also triggered when the vehicle signals to turn left, and an in-cab monitor provides the driver with 360 degree vision.